Why advertise if you are not hiring? 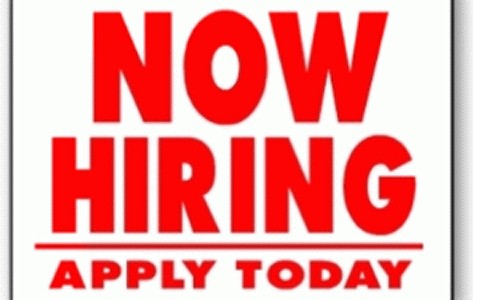 Many Ghanaian newspapers, especially the mainstream media carry dozens of job vacancy advertisements in their columns daily. While some experts attribute the rise in job adverts to the opening up of the services sector of the economy, some also narrow it down to an incessant quest by the advertisers to comply with the Labour Law. Others also attribute the adverts to demands by corporate boards for the human resource managers to simply advertise.

The adverts engender some sense of hope for the prospective applicants that indeed the job space is being opened up for competition, with the possibility of the brightest, most knowledgeable candidates with the best sets of the relevant skills and attitudes likely to grab the job.

Advertising jobs as a formality

These days however, there is a preponderance of job advertisements in the newspapers. Many of these jobs often ask for an out-of-the-world experience from prospective job seekers. One bizarre job vacancy advert in a reputable newspaper read as, “…the preferred candidate should have a minimum of 15 years’ experience and should not be above 35 years. Eight of which should have been at a senior management position.”

There is clearly a problem with the above advert. Many other adverts follow similar odious formats. This type of candidate specification in our Ghanaian setting is nearly impossible. In fact, the few candidates who would fit the person specification above are regarded as outliers. They are simply not common.

This is even rare for those who have been consistently on top of their class and were jumped two years ahead of their class mates. The average university completion age in Ghana is 22 years. Add a year’s national service or internship period to that and that comes to 23 years.

Even in western countries where people become chief executive officers (CEOs) before age 40, good employers do not ask for such long years of experience. This is because the issue is not necessarily about how long one has stayed on a role in a particular company. In fact, much of that experience could be redundant since staying on the same job may not provide the candidate with new trends and insights.

Some anecdotal records show that more than 80 percent of all jobs advertised in the media by government and quasi-governmental agencies have already been filled with cronies and other allies of the rich and powerful.

Advertising is generally expensive with a full-page black and white space in a local private newspaper costing between â‚µ1,000 and â‚µ2,000, while those of the mainstream media can go for as high as â‚µ4,000 per page.

So the question is why would any company wanting to make savings for its shareholders or owners waist scarce resources advertising when it is fully aware that the positions have already been filled?

Some companies fill the vacancy. Pay a recruitment agency to openly advertise the same vacancy and ask them to organize sham job selection examinations and interviews. Take prospective employees through the tedium of presentations and rigorous interviews.

When all is said and done some of the recruitment agencies do not even have the decency to notify participants in their phony interview processes that they were not successful. Some human resource practitioners actually justify this unpardonable act by claiming that it is not always the case that every employer must write back to possible employees that they were not successful.

If such employers issue disclaimers, which many are wont to do, at the end of their vacancy announcements then they can be absolved. But in many cases, it becomes like a given – that the employees dare apply for those jobs at their own risk.

If the recruitment process is flawed, the end result is predictable. There is a computer cliché which goes like ‘garbage in, garbage out’. If the selection process is objective and fair then the best candidates would sail through but if one goes through a ‘relationship’ recruitment process, chances are that the employees who come through would behave like the typical family employee, who believes that he/she has nothing to prove.

This does not take away the fact that head hunting is also a key component of the productivity equation at the work place. But when there is a wholesale resort to selecting candidates through the ‘whom you know’ channel, those who come through often adopt very lackadaisical attitudes at work.

Many of today’s employers who are asking prospective employees for decades of experience have little or no incentives for providing internship opportunities for students. It is important that companies begin making the recruitment processes truly objective and fair if we truly want to employ the best hands because that is the only way of increasing productivity and returning the best value to shareholders.

Students must also begin to take advantage of free internships to help them build the needed set of experience. Offering to do something for free for an employer could demonstrate to the employer that that student might have the right attitude for work.