Why are oil prices falling? - MyJoyOnline.com

Why are oil prices falling? 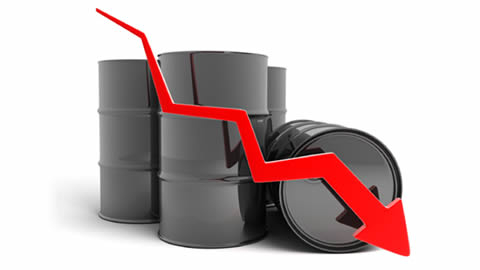 Oil prices became the main topic that closed 2014 and the main topic to begin 2015. Many people are facing up to the crude awakening of a consistent drop in world oil prices in a manner never seen before.

The oil industry, with its history of booms and busts, appears to be in the latent stages of its latest downturn. Since June 2014 the price of oil has plunged more than 55% to $47 a barrel as at the second week of January 2015; that is the lowest price since the depth of the 2009 recession.

Oil analysts predict that the price could fall below $40 before it rebounds. The fall of oil prices has been so steep that not a business day goes without mention of a new drop in price, prompting business people and decision makers to wonder how suddenly unpredictable the terrain has become and they are taking measures to counter the numerous challenges posed by the fall in price.

The key factor causing the continuous slide in the price of oil is demand and supply economics. Supply has outstripped demand since the third quarter of 2013. Global Demand (long term) and specifically from China is low because of weak economic activity.  China’s opening to world trade was responsible for lifting the oil price from around $20 a barrel to around $100. This price move correlates approximately with China joining the World Trade Organization at the beginning of the last decade; in which period, China alone added the equivalent of Japanese and U.K. total oil consumption to existing demand.

A second factor is that, the United States has suddenly become the world’s largest oil producer. Though it does not export crude oil, it now imports much less, creating a lot of spare supply. According to Energy Information Administration (EIA) data, the U.S. alone added nine million new barrels of crude oil per day to the global market in 2014 which is a considerable chunk of the global crude production of 91 million barrels per day.

The US continues to cut imports from OPEC and stopped importing crude from Nigeria all together. The downside of the US oil production is, it is relatively more expensive and analysts suggest that US shale oil production can only survive on $70 dollar per barrel, hence the current prices of oil makes the US production not competitive in the medium term. 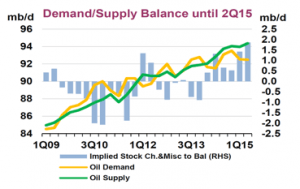 Thirdly, turmoil in Iraq and Libya – two big oil producers with nearly 4m barrels a day combined – has not affected their output as was expected. The oil market has historically thrived whenever there was a real or imagined threat to supply which, invariably pushed prices up because countries buy and store more than they would ordinarily need. During this same period, OPEC, led to a large extent by Saudi Arabia and the UAE, have decided not to cut production which would have stopped the slide of prices. OPEC could curb production sharply, but there is a theory, albeit conspiracy that OPEC curbing prices would benefit Iran and Russia – countries they are not really fond of. Saudi Arabia can tolerate lower oil prices quite easily. It has $900 billion in oil reserves. Its own oil costs about $5-6 per barrel to produce – theoretically and all things being equal, they could go even lower than current prices of $47 per barrel. 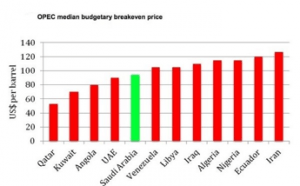 The reasons oil prices started sliding in June 2014 were hiding in plain sight: growth in US shale production, stagnating demand from Europe and China, and Mideast violence that threatened to disrupt supplies but never did.

To understand the current fall, we first have to go back to the mid 2000s. Oil prices were rising sharply because global demand was surging — especially in China — and there wasn’t enough oil production to keep up, leading to large price spikes where oil prices averaged $100 per barrel between 2011 and mid 2014.

At those high prices, many companies started producing from previously expensive sources. In the US, companies began using techniques like fracking and horizontal drilling to extract oil from shale formations in North Dakota and Texas. In Canada, companies were heating Alberta’s oil sands with steam to extract usable crude. With the current fall in price of oil however, it is no longer profitable for companies to continue oil production using these techniques.

In October 2014, the International Energy Agency cut its global oil demand forecast for the fourth time in a row and by November, OPEC was meeting to decide on their next steps. In the past, OPEC has sometimes tried to influence the price of oil by coordinating to either cut back or boost production. Surprisingly, OPEC took a decision not to cut production for the next six months; as a result the price of Brent crude went from $80 per barrel to $70 per barrel in a few days and kept tumbling to below $60 per barrel by mid-December.

OPEC countries, like Venezuela and Iran were in favour of cutting back on production in order to push up the price. These countries need high prices in order to break even on their budgets and pay for their governments heavy spending.

It really does not make sense for OPEC to hold production at 30 million barrels a day considering that the current price of oil has adverse effects on some of its members. For example, member countries like Nigeria, Ecuador and Iran need the oil price to be around $120 dollars to break even. There is also growing concern that the steep fall in price could hurt Venezuela’s economy, which is set to shrink 3% in 2015. Saudi Arabia, the kingpin of OPEC itself is not immune from the effects of the low price of oil. As the world’s second largest crude producer (after Russia), Saudi Arabia will still run a deficit equal to 14 percent of its budget should prices hover even at a moderate price of $60 per barrel.

Russia is heavily dependent on oil and gas production — with oil revenues making up 45% of the government’s budget. Bloomberg reports that Russia’s GDP will shrink at least 4.5% in 2015 even if oil stayed at $60 per barrel. The plunging price of oil has also caused the value of the Russian currency to collapse — which is leading to panic inside Russia and a rise in inflation as imports become drastically more expensive. Even at $50 dollars a barrel, Russia is set to lose at least $45 billion rising to as high as $90 billion if prices decline further. There are those who link Saudi Arabia/OPEC’s stance to the effect it has on Russia (who remain unpopular since the Crimea affair) and they may be right, after all there is a historical antecedent – when Saudi Arabia decided to increase production suddenly from two million barrels per day to 10 million barrels per day, it led to the collapse of the Soviet Union.

America is not laughing yet; the falling price of oil makes its shale oil development unprofitable. If oil stays below $60 per barrel, some US companies will cancel or scale back shale oil production, especially those who have borrowed and invested heavily with high crude prices in mind. The US Energy Information Administration still expects that overall US oil production will grow another 700,000 barrels per day in 2015 — though that’s slightly lower than the prediction when prices were high.

In the US, Alaska, North Dakota, Texas, Oklahoma and Louisiana will face economic challenges since they are states heavily dependent on shale oil revenues. Some smaller oil companies that are heavily in debt may go out of business or be acquired by bigger players. For consumers however, the fall is good in the short term as this will lead to fall in fuel price and by extension an increase in disposable income. In the US for example, gasoline prices have fallen to $2.47 per gallon, the lowest since 2009.

End to the Turmoil?

As John Maynard Keynes famously said ‘ in the long run we are all dead’. This works true, if you replace ‘we’ with ‘consumers’. In the long run, oil always finds its true price level, which is often a price suppliers comfortably determine (as much as they claim otherwise).

Just like previous bust and boom cycles, there are key things to look out for in 2015.

First with gasoline prices falling lower and lower, disposable income will increase. Already in the US sale of high fuel consumption cars is rising. Invariably, the International Energy Agency (IEA) will raise their global demand forecast since lower fuel prices will increase demand.

Another thing to look out for is mergers and acquisitions. The major and large oil companies with high revenues will swoop in to take advantage of the situation to buy up some distressed smaller companies at bargain prices.

Active rigs count will drop rapidly. US oil production will continue to increase during the first quarter of 2015, slow in the second quarter and be flat to declining by the third quarter. American oil production does not auger well for 2015 based on its response to falling prices.

The price of oil will rebound before the end of the 2nd quarter. Price will not return to $100 per barrel anytime soon, primarily because of the strength of the U.S. dollar and other short term factors. We should expect $70 – $80 as the price of oil before end of year. Of course much hinges on what OPEC decides to do at the end of the first quarter of 2015 as to whether it will cut production.

Russia on the other hand is on the brink and may well turn out to be the biggest loser in this whole decline in oil prices. Russia’s attempts to produce more oil to sell for more dollars is not sustainable, On the other hand it also cannot close its very expensive oil production installations unless something drastic happens, expect Russia and Venezuelan economies in 2015 to suffer their worst performance in recent decades.

The continuous fall in the price of oil has certainly been a crude awakening in the economic and geopolitical arena with accompanying conspiracy theories. In the long run, this will become a little water under the bridge and in time OPEC – a slick business group – will always ensure that they preserve their oil wells.