Why Burna Boy calls his music Afrofusion instead of Afrobeats 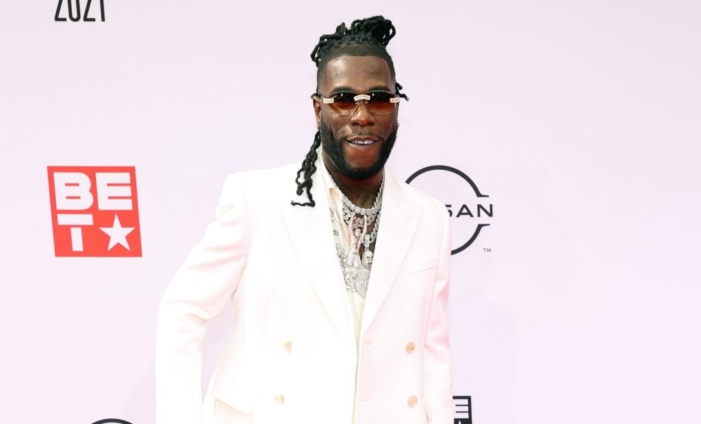 Burna Boy on the red carpet at the 2021 BET Awards | Image: The Hollywood Reporter/Twitter

Nigerian musician Burna Boy has said that the genre of music he is entertaining fans with is Afrofusion, not Afrobeats as many have assumed.

According to him, he started making Afrofusion music to stand out because at the time every music he heard sounded the same.

Speaking on the Million Dollar Worth of Game podcast, Burna Boy explained that his music is a fusion of different genres of music across Africa.

“It was one kind of move and for me, there was nothing I could identify myself with. So I just decided that I’ll call it Afrofusion because it’s a fusion of everything,” he stated.

The ‘Last Last’ hitmaker added that “the Afro-Africaness is the thing that covers it, it’s the bottle that holds the whole drink. That is why I always make sure that everybody knows this is what I do, it’s Afrofusion.”

Burna Boy believes that it is unfair to Africans for the world to classify every music as Afrobeats.

He explained that just as rapper Nas cannot be called an RnB singer or singer Whitney Houston called a rapper because they are American, not all African musicians should be seen as Afrobeats artistes.

“We have Highlife, Juju music, Fuji music, South African Kwaeto music, Amapiano, Afropop, we have all types of genres in Africa. To be really sincere, for you to just call everything Afrobeats kind of does a disservice to the artistes,” the Nigerian musician said.