Why do you allow an NGO to run Atta-Mills’ grave site? – Brother asks government 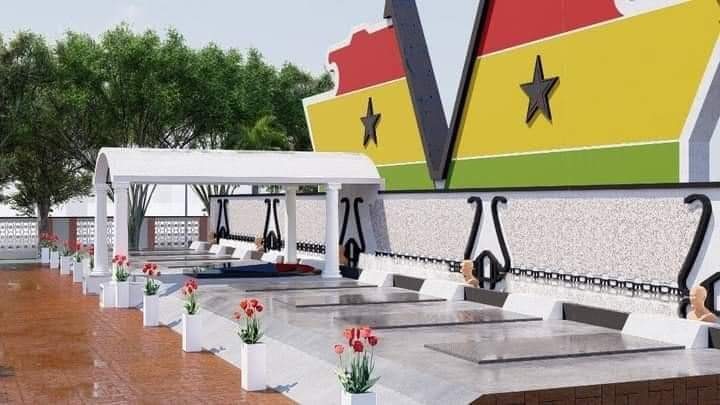 The family of the late President John Atta Mill is peeved about the manner in which his monument is being handled.

The late President’s brother, Samuel Atta Mills, does not understand how the grave site of the statesman is being left under the care of the Koku Anyidoho-led Atta Mills Institute.

The Asomdwe Park has come under intense scrutiny over the past few days as the country nears the commemoration of 10 years since John Evans Atta Mills’ passing.

In this light, the family has expressed dissatisfaction at the decision of Koku Anyidoho’s team to go ahead with renovation work at the facility without their express knowledge.

Speaking on JoyNews’ Upfront, Samuel Atta-Mills who doubles as KEEA MP insisted that the area should be considered a national security installation and treated as such.

“That place is for national security. They are in charge of it. They are supposed to maintain it.”

He however concedes that the family had no issue with giving the monument a facelift.

But the approach, for him, is what flies in the face of customs and traditions.

“We do not have any issue with renovating the place. It only glorifies our brother and family member, our president… but when you are going to touch the grave, we are Akans. We have customs, we have norms. You don’t touch somebody’s grave to remodel it without informing the family head and members. This is a very simple case,” he said on Thursday.

Samuel Atta Mills is also a member of the John Evans Atta Mills Memorial Heritage, an initiative that seeks to honour the legacy of Prof. Mills.

DISCLAIMER: The Views, Comments, Opinions, Contributions and Statements made by Readers and Contributors on this platform do not necessarily represent the views or policy of Multimedia Group Limited.
Tags:
Asomdwe Park
Grave site
John Atta Mills
NGO