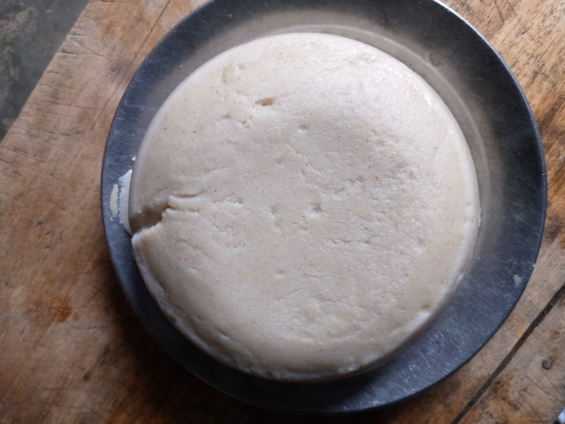 Many nutrition promoters have expressed concern about corn’s high proportion of carbohydrates compared to its low concentration of vitamins and minerals. Carbohydrates are filling, so they argue that corn may replace more nutritionally dense foods.

However, studies of diets that exclude corn, such as paleo and ketogenic diets, contain too many variables to isolate the benefits of corn avoidance.

However, there is little other evidence to suggest that eating corn is harmful, especially in its organic, ancient form. In moderation, corn can still be a part of a healthful diet.

Fiber can help with digestion and reduce the risk of constipation.  For instance, one study by Park et al.  (2011) also suggests fiber may help people live longer.

This large study found a correlation between dietary fiber intake and a lower overall risk of premature death, especially from cardiovascular, infectious, and respiratory diseases.

Another study by Shah et al.(2015) found that phytochemicals in maize play an important role in preventing chronic diseases. It contains various major phytochemicals such as carotenoids, phenolic compounds, and phytosterols.

Some of the phytochemicals in maize are believed to have potential anti-HIV activity due to the presence of Galanthus nivalis agglutinin (GNA) lectin or GNA-maize. A tablespoon of maize oil for instance satisfies the requirements for essential fatty acids for a healthy child or adult.

Okinawans have nurtured the practice of eating something from the land and the sea every day. Among their “top longevity foods” are bitter melons, tofu, garlic, brown rice, green tea, and shitake mushrooms.

Also, Sardinia, Italy, on this beautiful island in the middle of the Mediterranean, the ratio of centenarian men to women is one-to-one. That’s quite unusual because in the rest of the world, its five women to every man who lives that long.

Loma Linda, Calif, a Blue Zone community in the U.S. They also follow a “biblical” diet focused on grains, fruits, nuts, and vegetables, and drink only water. (Some of them eat small amounts of meat and fish.). In all these communities, studies have linked their longevity to eating their local diets.

Today, levels of obesity, hypertension, and insulin resistance are high among Ghanaians. Recently, a report has it that about 35% of Ghanaians are hypertensive. Finding solutions to the raising causes of hypertension and diabetes appears to be in our kitchen.

For instance, one study by  Kwon et al.( 2007) found that changes in dietary patterns of these populations toward consuming more high-calorie foods, sugar, refined grain flour, and sweetened beverages have resulted in far more health risks than their previous diet based primarily on corn, legumes, rice, and vegetables.

This means that to avert the rising cases of hypertension and others, we have to shift from the reliance on the western diet and adopt our traditional diet made from corn related such as banku, Kenkey, Akpele, etc.

The researchers believe that a return to traditional dietary patterns can help reduce these disease problems because of a better balance of calories and beneficial nutrients. They note that staple crops like corn and legumes have antidiabetic, antioxidant, and anti-hypertension potential.

These foods also provide certain protective phenolic phytochemicals that are beneficial for heart health, reversing hypertension as a natural remedy for high blood pressure, and controlling blood sugar levels. But for diabetics, Banku and Akple should be eaten in moderation.

Three studies( Kean et al. 2008; Hu et al. 2011; Maiani et al. 2009) found that Lutein and zeaxanthin are the major carotenoids in corn,  which are linked up to about 70% of the total carotenoid content. Though, their levels are low in white corn.

The colored corn is ideal for those with eye problems and looking for eye-health foods.

Additionally, three studies( Karppi et al. 2012; Dherani et al. 2008;  Delcourt et al. 2006) found that high levels of these carotenoids in our blood are strongly linked to a decreased risk of both macular degeneration and cataracts.

Three observational studies( Vu et al. 2006;  Seddon et al. 1994; Cho et al. 2008)found that high dietary intake of lutein and zeaxanthin may be protective, but not all studies agreed with this proposition.

However, one old study by Seddon et al. (1994) in 356 middle-aged and older adults found a 43% reduction in the risk of macular degeneration in those with the highest intake of carotenoids, especially lutein and zeaxanthin, compared to those with the lowest intake.

This means eating corn-related diets should be taken seriously. Additionally, for those with eye issues, your diet is corn related.

Studies have established consumption of corn improves eye health and longevity. The scientific name of corn Zea mays was derived from the antioxidant in corn called zeaxanthin.

Additionally, three studies ( Karppi et al. 2012; Dherani et al. 2008;  Delcourt et al. 2006) found that high levels of these carotenoids in our blood are strongly linked to a decreased risk of both macular degeneration and cataracts.

Finally, on longevity, Si et al.(2014) found that a corn-related diet including oil, intake improves the health and longevity of aging mice.

Though more human studies are needed, it provides the importance of eating corn-related foods.  Howver, for those with diabetes, Akple and banku should either be avoided or eaten occasionally due to their high glycemic index of 69(Yeboah et al. 2019) and 73(Eli‐Cophie et al. 2017).

Prof. Nyarkotey has strict sourcing guidelines and relies on peer-reviewed studies, academic research institutions, and medical associations to justify his write-ups. My articles are for educational purposes and do not serve as Medical advice for Treatment. I aim to educate the public about evidence-based scientific Naturopathic Therapies.

The author is a Professor of Naturopathic Healthcare and President of Nyarkotey College of Holistic Medicine & Technology (NUCHMT)/African Naturopathic Foundation.

DISCLAIMER: The Views, Comments, Opinions, Contributions and Statements made by Readers and Contributors on this platform do not necessarily represent the views or policy of Multimedia Group Limited.
Tags:
Akple
Banku
Kenkey