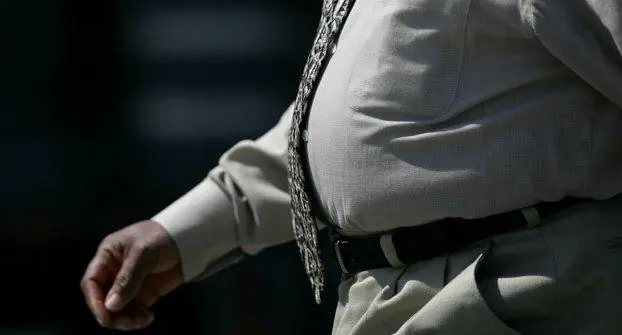 Forget about dashing looks, a man with a big farm and pot-belly literally leaves village women weak in the knee.

Such men don’t even need fancy pick-up lines as the pot-belly and earthly possession do all the talking. “I can take care of you besides I have a big farm, which will be yours for the taking if you just warm my bed,” he will tell any woman he fancies.

And woe unto a woman who can dare to walk away from such a ‘generous’ offer, she will literally be berated by her peers as they fetch water from the local stream.

“Junita is very foolish to resist a man who has things. Where else does she think she will get another man like him. Wait till she gets married to some poor fellow. She will regret it,” her friend will declare. “If I had not had a child with that poor tattered husband of mine I would have left him to get married to that sonko,” another woman will say.

Anyway, to make sure his stomach continues to grow bigger, the village Akuku danger will make his latest acquisition literally sweat for it in the kitchen. “Woman, how dare you cook for me ‘ugali’ the size of my fist. I did not marry you to come and starve me. Go back and cook me another ‘ugali’ before I change my mind and send you back to your mother,” he will bark furiously.

Even when every corner of his damned farm will be doted by several huts, the fellow won’t slow down; he will still lure one more woman with the talk of his ‘big’ farm.

And woe unto any of his wives who would dare call him out on his behavior, she will be told off like an ignorant child. “You can’t tell me how many women I can or can not have. Shut up and attend to the matters of your house. Keep talking and I will send you back to your people,” the man of the house will warn her.

Widows and poor housewives whose husbands are in the city hustling will be his target too. “A woman needs a man to take care of her and, as you know, I have a big farm. I can let you farm a part of it to feed your children,” is the line he will typically use to sweet talk his way into their beds.

And when it’s not women he is after, he will literally want to be a chairman of every village committee. “I am the man with the most kids here. Therefore, I have to be a committee member. Otherwise, I will pull my children out of this damned school and we shall see how many will be left,” he will remind the local primary school headmaster.

The big-headedness will also lead him to think he has a smooth voice for politics. He will convince himself that he has a real chance of capturing an elective post because he has numbers in form of his several wives and the many relatives that come with marriage.

But to the fellow’s rude shock, come Election Day, he will be roundly defeated and embarrassed. “The guy has ten wives and only got two votes. I bet it was not from his wives but a drunk who mistakenly marked against his name in the ballot paper,” someone will say.

DISCLAIMER: The Views, Comments, Opinions, Contributions and Statements made by Readers and Contributors on this platform do not necessarily represent the views or policy of Multimedia Group Limited.
Tags:
Pot belly
Relationships