Why we should end the ‘GOAT’ debate between Messi and Ronaldo 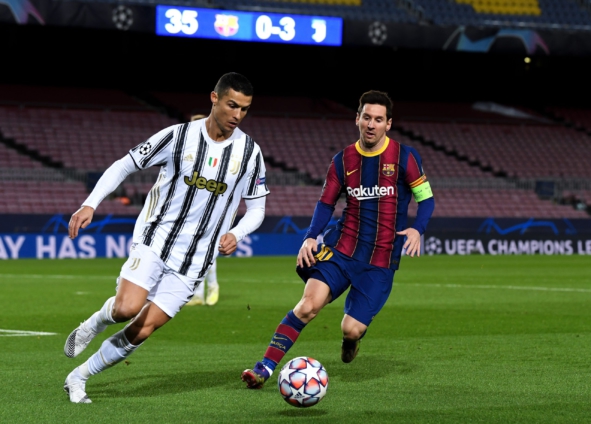 The greatest of all-time debate is the most prolonged debate going on for over 15 years and still waxing strong. You have to stand up and applaud two players who have fought tooth and nail to stay at the highest level of football. Lionel Messi and Cristiano Ronaldo are undoubtedly the greatest players we have ever seen and will ever see kick a ball.

Some call Lionel Messi the ‘GOAT’ while others pick Cristiano Ronaldo as the ‘GOAT’. They are so good that sometimes it takes a slow-motion replay to see the subtle details of their perfect mastery.

So, who is the ‘GOAT’? You cannot hide the fact that both players have achieved everything and deserve the ‘GOAT’ title. They have an inborn capacity to see more With their vision stretching out past clear central focuses to the bigger field of play. We can only hop on statistics and overall performance to show who the ‘GOAT’ is.

Individual achievements-wise, Messi is far above every dead or living soul. He has won the most prestigious award, the Ballon d’Or for a record of seven times – that is not normal. Cristiano edges Messi only in goals as he had started his career two years earlier before Lionel Messi debuted, but goals are not enough – your overall contribution to the team is very important.

This debate will last a lifetime, but we can easily see that one player has done so much to separate himself from others.

I must tell you with all honesty that it is a pointless debate, but then we cannot control opinions. The way that Messi creates so many goals as well as scoring them is a major factor when deciding which player is the ‘GOAT’ and, while Ronaldo has contributed with his fair share, the difference in this exact area is unmistakable.

Both players have different styles of football; Lionel Messi is more of a team player who organizes the play, score goals and assist while Cristiano is the perfect finisher.

This is why I think Lionel Messi is the ‘GOAT’ and this should not; in any way take away the fact that Cristiano Ronaldo is also a very fantastic player.