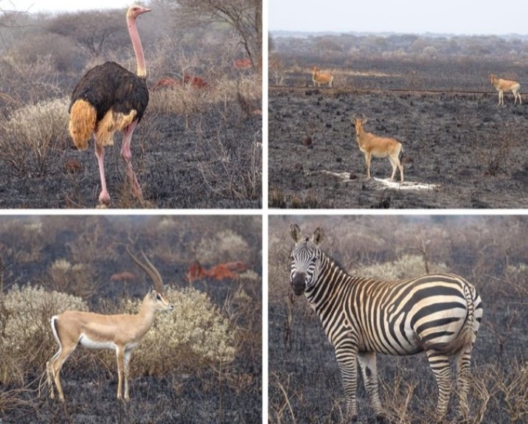 The latest fire started over the weekend and is suspected to have been lit by arsonists, according to the Kenya Wildlife Service.

Police are tracking down the suspected arsonists, it said in a statement. Ground and aerial teams have been deployed to deal with the fire.

The park is the country’s largest national reserve and a big draw for tourists.

The fires have occurred for weeks due to dry conditions.

Pictures of the affected wildlife have been shared on social media:

Who is burning Tsavo National Park? Why burn? How do expect the wildlife to survive before rains? Large masses of land has bn destroyed by fire outbreaks for the last one month. Sad pic.twitter.com/fWdpY7AgTc