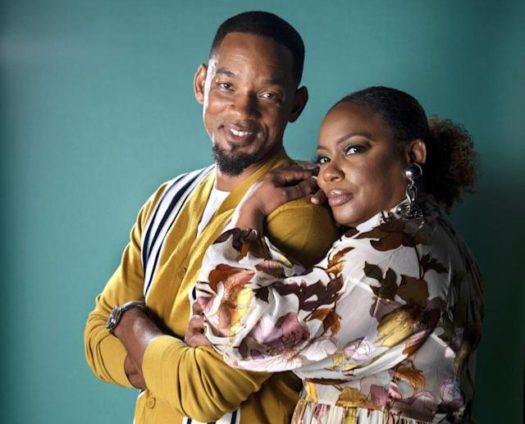 It wasn’t supposed to go down in the kitchen.

That was the one room in the Chatsworth home doubling as the Williams family Florida residence in “King Richard” that was off-limits to the filmmakers because the appliances and cabinet hardware hadn’t been switched out to reflect the movie’s mid-’90s period.

So naturally, Will Smith and Aunjanue Ellis, the actors playing Richard Williams and Oracene Price, parents of tennis superstars Venus and Serena Williams, went straight to the kitchen when it came time to rehearse a crucial scene in the film. Where else would they go? Think about your own home and where people gravitate during parties, where family and friends hold late-night conversations and where loaded confrontations like the one in “King Richard” transpire.

“It is always the kitchen!” Smith says, punctuating the pronouncement, as he often does, with a booming clap of laughter.

“King Richard” takes its title from Williams, the demanding and loving father and tennis coach, the man who wrote a 78-page plan that detailed how his two daughters would become tennis champions. He came up with this blueprint before Venus and Serena were even born, meaning that he needed more than a little help from his wife to realize it.

As Ellis puts it: “He had to convince her to use her body for 18 months to create the vessels for this dream. And she was, ‘OK. Bet.’ They were both crazy. They were co-conspirators in crazy.”

Adds Smith: “There has to be a little bit of crazy, because you have to believe something that there’s no evidence for, and then you have to devote your life to something that is not only invisible, but highly unlikely and potentially impossible. But you believe it wholeheartedly because you can’t achieve it if you don’t believe it wholeheartedly. So, yeah, there’s a sliding scale of naiveté to full insanity, and somewhere in there is the sweet spot for dream manifestation.”

But there’s crazy, and then there’s a selfish lack of awareness as to how other people feel. And, in the movie, that led to a confrontation between the parents over Williams’ refusal to consider letting Venus turn pro at age 14. It’s a conversation that takes place 90 minutes into the movie, providing Price with the opportunity to finally call out her husband’s ego and stubbornness in the ways he controlled his family’s life, not to mention his penchant for walking away from failed businesses and children he had with other women.

The scene was shot after production had been halted in March 2020 by a pandemic lockdown, a break that offered Smith and Ellis time to, as Smith puts it, “marinate in their characters.”

“When it came to this Ali-Frazier moment,” Ellis says, comparing the encounter to the famous heavyweight boxing matches between Joe Frazier and Muhammad Ali in the 1970s, “we felt we had lived enough with these characters to say how we felt without really even needing a script.”

Smith, who played Ali in the 2001 Michael Mann movie, was asked if he felt like Ali or Frazier in the kitchen scene.

“Well, it depends which fight,” he replies, laughing. (Frazier won their initial bout; Ali prevailed in the two rematches.)

Our conversations — the first with the two actors together around the November AFI Fest and then subsequent talks individually in the new year — would often circle back to this defining scene, during which Price tells her husband in no uncertain terms about the sacrifices she made to help their daughters achieve their tennis dreams. (The couple married in 1980 and divorced in 2002.)

“I carried them inside me and on my back,” Ellis, as Price, says at the beginning of this five-minute confrontation. “And I carried you too, working two shifts so I could put food on your table. I’ve been here dreaming and believing. Just like you. You just don’t want to see me.”

Since they weren’t supposed to shoot in the kitchen, director Reinaldo Marcus Green grabbed a loaf of bread and some peanut butter from the craft services table, along with a carton of orange juice the home’s owners had left in the fridge. Ellis now had some props to use. “The whole thing was one happy accident,” Green says by phone.

Among its many notable accomplishments, “King Richard” makes a convincing case for Price’s crucial role in the development of the Williams sisters’ careers, both as a parent and as a coach. Smith remembers an early meeting at Serena Williams’ home when everyone was still sizing each other up and deciding if they’d make the movie. Price sat quietly for most of the afternoon, then after some coaxing, offered her thoughts.

“She’s so quiet,” Smith says. “She doesn’t feel a necessity to prove or defend herself. So when she speaks, it’s a powerful thing.”

“The thing I thought about that day,” Ellis says of the kitchen scene, “was what would Miss Oracene Price want the world to know about her experience? People see her in the stands, but they don’t know her. Nobody knows that she was their coach … but she was. So I just wanted to speak as well as I could for her and feel OK about it when I was done.”

Like Price, Ellis is a soft-spoken woman, modest and deeply caring. She didn’t talk with Price before playing her but did meet her during a press day before “King Richard” was released.

“She said, ‘Great job,'” Ellis recalls, laughing. “Just two words. But that was enough for me.”

Smith has been receiving praise too since “King Richard” simultaneously opened in theaters and premiered on HBO Max on Nov. 19. Though the film’s theatrical box office total has been disappointing (the movie’s worldwide gross is under $30 million), Smith says he has never experienced a more enthusiastic reaction to a film.

“I had resigned myself in my life that, as an artist, I would never make a film better than ‘The Pursuit of Happyness,'” Smith says, referring to the 2006 drama that co-starred his son Jaden and earned him an Oscar nomination. “That was the high-water mark. I figured I had reached my artistic pinnacle.”

“And then we made ‘King Richard,’ and the amount of people — family, friends, foes, celebrities, politicians, athletes — who have been inspired to make it a point to get in touch with me to tell me that they enjoyed it has been overwhelming.”

What resonated with all these people? Smith, who has never encountered a subject he couldn’t bullet-point, says there are two things: The film’s story of a family triumph, specifically a Black family’s triumph, has been a needed source of uplift during a pandemic that has gone on nearly two years. And people have also commented on the “girl dad” relationships in the movie, what Smith calls a “delicious and uncommon thing to see depicted in cinema.”

“That was one of the things about Richard that I wanted to be able to capture,” Smith says, “that, as wild as he was and as much as he could rage, it was always in defense and protection of his daughters. And they knew it. They knew he would die for them and would kill for them. For all his faults, Richard Williams is one of the greatest girl dads that America has ever seen. To this day, those girls love that man. And that’s as much his legacy as all those tennis titles.”