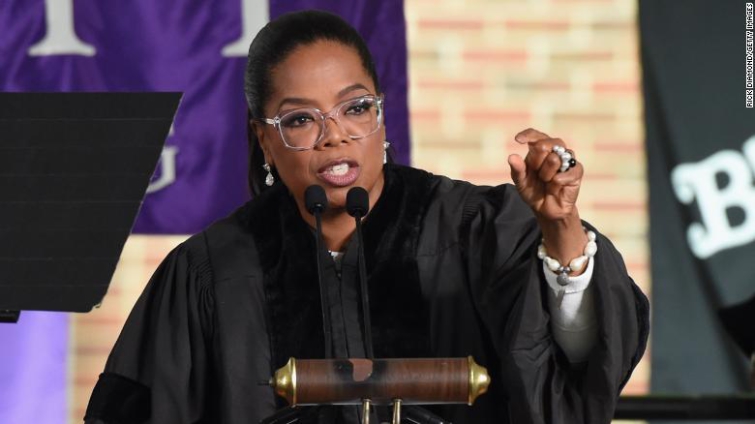 DECATUR, GA - MAY 13: Oprah Winfrey give the Commencement Address at Agnes Scott College on May 13, 2017 in Decatur, Georgia. (Photo by Rick Diamond/Getty Images)

Oprah Winfrey’s new book club pick is a bestseller by a Harvard-trained sociologist sometimes referred to as Winfrey’s “life coach.”

It’s also her first selection since 2019 that was not announced in partnership with Apple.

Winfrey announced Tuesday that she had selected Martha Beck’s “The Way of Integrity: Finding the Path to Your True Self.”

She was to promote the selection Tuesday night through an author interview on her monthly live stream “The Life You Want Class,” on OprahDaily.com.

Beck has known Winfrey since the early 2000s and was a longtime contributor to O, the Oprah Magazine.

“For over 15 years, I have looked to Martha Beck for her wisdom, and marvelled at how she helps people through crises in their lives with such grace, insight, and humour,” Winfrey said in a statement.

“As we all navigate this watershed moment in our collective history, `The Way of Integrity provides a roadmap on the journey to the truth.”

Beck, whose book was published last year, said in a statement: “To have my work recognised in this way is so thrilling, it’s almost surreal.

“I think it’s also a statement about the desperate need for integrity in our public and private lives. Oprah Winfrey embodies this value, and for this reason alone I can’t imagine a greater honor.”

Tags:
Martha Beck
Oprah Winfrey
The Way of Integrity: Finding the Path to Your True Self