Oprah Winfrey announces Viola Davis’ memoir ‘Finding Me: A Memoir’ as a top pick for her book club 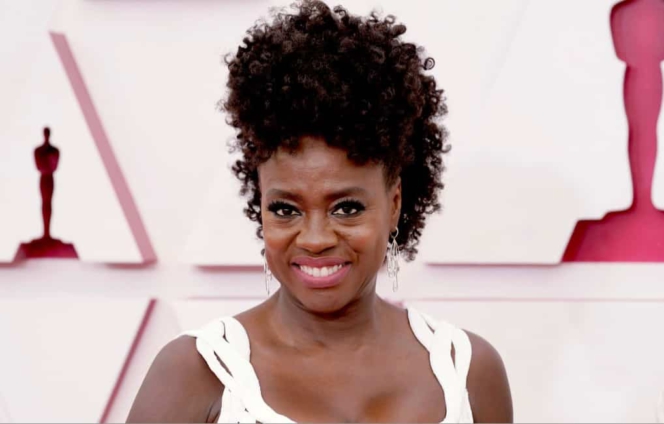 This morning, Viola Davis joined CBS This Morning anchor Gayle King and Oprah Winfrey to discuss her newly announced memoir Finding Me, which is under the EBONY Publishing imprint in collaboration with HarperOne.

In the segment, the women discussed Davis’ impetus for documenting her life’s journey and the challenges that she overcame to align with her best self, starting from her childhood. The colourism that she experienced shaped her perception of herself, which was largely negative, at a young age.

“There’s been something really deeply interjected in our culture about beauty, classic beauty and womanhood. That paper bag test did a number on us and we created that. The darker you are from a paper bag, the less intelligent you are. The uglier you are…Beauty is attached to a value.

“If you don’t have it, you have nothing,” explained Davis. “Once I got older into my 40s, I started asking a really, really important question, which is ‘who said I’m not beautiful?’ And then something happened within all of that this little flicker, this little voice that said, I have the power to reject that. That is an opinion. That is not the truth.”

Throughout the course of her career, her confidence has inspired generations of Black women who see themselves reflected in her roles and the life she leads. In Finding Me, Davis shares how her experience working on How to Get Away With Murder changed her life by playing the lead.

“It means everything to me. When I look into the eyes of so many young, especially dark skin, young girls—which is a whole other narrative there— and they feel like I’ve given them permission to see themselves as a thing of beauty, a thing of possibility, it gives me a different kind of joy than I get from even my Oscar, my Emmy, and all of those other awards and accomplishments,” shared Davis.

The memoir, which will be available for purchase on April 26th, has allowed Davis to release the shame that she carried from childhood into adulthood. However, as can be expected with putting out such a vulnerable project, she feels both apprehension and healing upon its impending release.

It was also announced following the interview that the memoir will be one of Oprah’s 2022 Book Club Picks. Take a look at the announcement below:

DISCLAIMER: The Views, Comments, Opinions, Contributions and Statements made by Readers and Contributors on this platform do not necessarily represent the views or policy of Multimedia Group Limited.
Tags:
Finding Me: A Memoir
Gayle King
Oprah Winfrey
Viola Davis