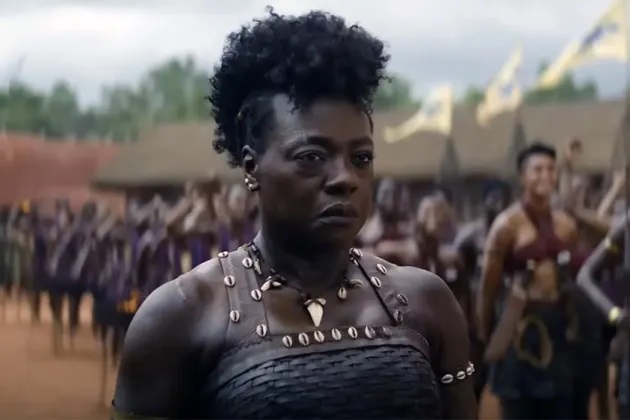 ‘The Woman King’ headlines the African American Film Critics Association’s annual list of the top 10 films of the year.

The film, directed by Gina Prince-Bythewood, has ensemble cast led by Viola Davis which includes Lashana Lynch, Sheila Atim and Thuso Mbedu as the Agojie, an all-female army of fierce warriors.

“The best films of this year prove that diverse stories – the true and the fantastical – are not only important to the culture but are equally important to the movie-making business,” said AAFCA president and co-founder Gil Robertson.

“Black films which make an impact on our minds and hearts are also making a sizable impact at the box office. Our top film, ‘The Woman King’, bridges the gap between telling important, heartfelt stories, and providing an entertaining experience for movie-going audiences.

“These true tales of black empowerment and accomplishment, such as ‘Emancipation,’ ‘Devotion’ and ‘Sidney,’ as well as fantastical tales such as ‘Black Panther: Wakanda Forever,’ and ‘Wendell & Wild’ invite us to experience underappreciated pieces of history along with our own imaginings.”

AAFCA will reveal winners of the 14th Annual AAFCA Awards honoring outstanding achievement in film in 15 competitive categories on Jan. 16. An in-person celebration in Los Angeles will follow on March 1.

The Palm Springs International Film Awards has announced that Viola Davis will be honored with the Chairman’s Award for her work as an actor and producer for “The Woman King.”

“Whether as an actress or producer, Viola Davis brings powerful stories to the screen. In The Woman King, Davis continues to prove that she is a force of nature in this groundbreaking performance about the leader of the Agojie, a unit of all-female warriors,” festival chairman Harold Matzner said in a statement.

“It is our honor to present the Chairman’s Award to Viola Davis celebrating her work as both an actress and producer.”

DISCLAIMER: The Views, Comments, Opinions, Contributions and Statements made by Readers and Contributors on this platform do not necessarily represent the views or policy of Multimedia Group Limited.
Tags:
AAFCA’s 10 best films of 2022
The Woman King
Viola Davis