Viola Davis responds to critics of her Michelle Obama portrayal 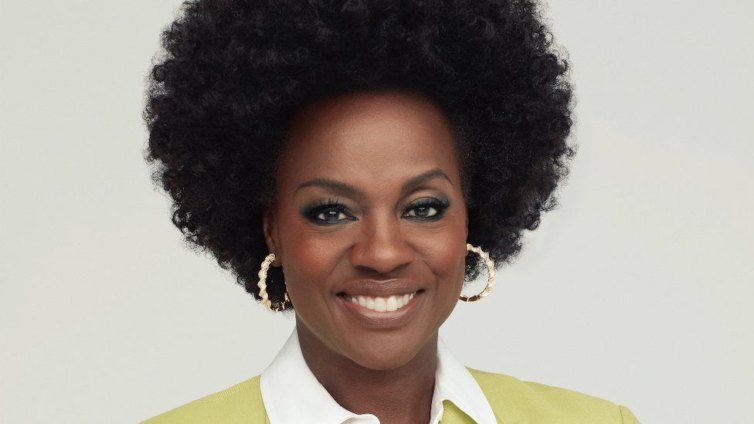 Oscar-winning actress Viola Davis has hit back at critics over her portrayal of Michelle Obama in the new US TV drama series The First Lady.

Some viewers said Davis was overly pursing her lips, with many complaining her facial expressions were distracting and insulting.

Speaking to BBC News, Davis said it is “incredibly hurtful when people say negative things about your work”.

Criticism, she acknowledged, was an “occupational hazard” of acting.

“How do you move on from the hurt, from failure?” the 56-year-old asked. “But you have to. Not everything is going to be an awards-worthy performance.”

Media outlets drew attention to the online criticism of her portrayal of the former First Lady – who is a lawyer and the wife of former US President Barack Obama – in Showtime’s series.

Another tweeted: “They set Viola Davis up by allowing her keep her mouth that way throughout the filming. It’s so cringey and distracting.”

Some viewers likened Davis’s expression to “duckface” – a term which describes an exaggerated pouting expression, often employed by social media influencers. “Viola Davis’s face must have been so tired,” one user joked.

But in a trenchant riposte, Davis said: “Critics absolutely serve no purpose. And I’m not saying that to be nasty either.

“They always feel like they’re telling you something that you don’t know. Somehow that you’re living a life that you’re surrounded by people who lie to you and ‘I’m going to be the person that leans in and tells you the truth’. So it gives them an opportunity to be cruel to you.

“But ultimately I feel like it is my job as a leader to make bold choices. Win or fail it is my duty to do that.”

The star says playing someone as familiar as Michelle Obama was “almost impossible”. “Either you’re doing too much or not enough,” she noted.

And she has no idea what the woman in question thought of her portrayal. “I don’t have any personal contact with Michelle Obama,” she said.

Davis is about to release her new written memoir, Finding Me. It is startlingly honest and, at times, a jaw-dropping read, charting her rise from poverty and abuse to becoming the first African-American to win the triple crown of an Oscar, Emmy and Tony for acting.

She won the Academy Award for best supporting actress for her role in a screen adaptation of August Wilson’s Fences, which starred and was directed by Denzel Washington.

Davis won an Emmy for the TV thriller How To Get Away With Murder; and a Tony twice for King Hedley II, and Fences when it was on Broadway.

But she said she wrote the book partly because she doesn’t want to “go to my grave” being known only for the above accolades.

“I have the awards on my mantelpiece but I have to tell you that when I’m going through anything in my life, that don’t help me,” she said.

“The awards, I’m extremely grateful for them. I am literally in shock I was able to achieve what I have achieved, knowing my beginnings. But that’s where it begins and ends.”

Davis grew up in Central Falls, Rhode Island in a crumbling building, infested with rats, often with no hot water, gas or electricity. She wet the bed until she is 14. “I reeked of urine” she writes in Finding Me. Bullied constantly at school, there was violence at home too. Her biggest fear? “My father is going to beat my mom to death one day.”

“When I was in it I normalised it, I normalised that feeling in the pit of your stomach which was extraordinary trauma and anxiety,” she explains, casting her mind back to her childhood.

“What I did every single day was fight. I emotionally fought, I physically fought, everything was a fight from the moment I put my feet on the floor.”

“The first fight,” she continues “was having clothes to wear at school. Washing my clothes in the sink at night, if we had soap, if we had dishwashing liquid and hopefully the pants would be dry the next morning. If they were wet, trying to figure out a way to put them on wet.

“Or if made the mistake of putting them on the line to dry and they were frozen and still put them on, and hopefully during the course of the day they would be dry. It’s the fight for basic survival.”

She states matter-of-factly: “I grew up poor and I didn’t have any food.”

Davis was also sexually abused, something she previously discussed during a speech at the Rape Foundation’s Annual Brunch in 2016.

The abuse spanned “random old men in the street” to friends, babysitters, neighbours and even her own brother. She writes about what happened in Finding Me.

“Growing up I experienced a frightening level of different forms of sexual abuse. It was a basic understanding that your lot in life was to fight off sexual predators.”

But, Davis explains: “It’s only in hindsight that I have a language that what was happening was bad.”

We ask whether she was concerned about being so honest in the book and she says she was worried about what her family would think.

“For me, I had to speak my truth,” she says. “They don’t tell you that in speaking your truth it’s going to cost you something. It’s going probably cost you maybe even the separation of your family or being misunderstood. But there’s no other way to live.

“There are certain people that I feel if you wanted me to speak very highly of you then you should have played a better role in my life.”

So how did she escape her upbringing and get to where she is today? How did she claw her way out of poverty? “A huge part of it is that unexplained phenomena which is luck and blessings,” she acknowledges.

“You find the joy, and the joy stomps out all the pain.”

Finding Me by Viola Davis is out now. The First Lady has not yet been released in the UK.

DISCLAIMER: The Views, Comments, Opinions, Contributions and Statements made by Readers and Contributors on this platform do not necessarily represent the views or policy of Multimedia Group Limited.
Tags:
Michelle Obama portrayal
Viola Davis