Viola Davis on playing Michelle Obama: There was ‘a huge amount of fear’ 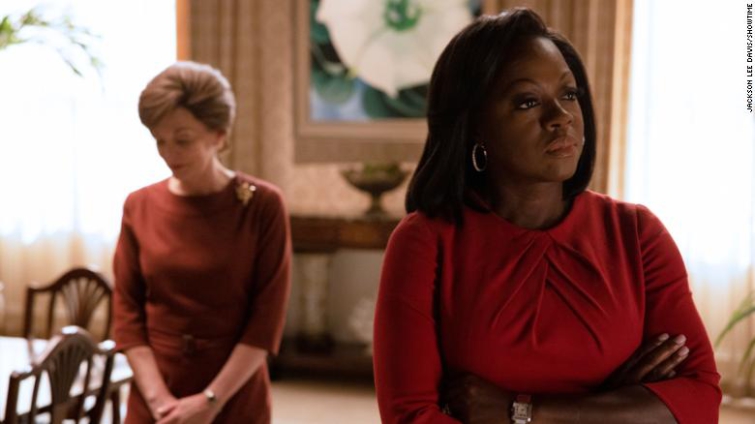 For those wondering, yes, even one of America’s most decorated modern actresses still gets butterflies when stepping into a new role, especially when she’s playing one of the most iconic women in American history.

“You don’t want to insult them by your portrayal,” she said during a panel for the show at the Television Critics Association press tour.

Obama is one of the three first ladies portrayed in the series. It also features Michelle Pfeiffer as Betty Ford and Gillian Anderson as Eleanor Roosevelt in roles that are sure to get awards attention come Emmy season.

As the only actress playing a first lady who is still alive on the show, Davis was asked if she felt extra pressure knowing Obama might see her work. Davis said not only does she acknowledge that fact, but “it keeps you up at night.”

That said, Davis added, “that’s what we live for as artists.”

As Obama, Davis was challenged with capturing not just the woman people saw in front of the camera but also putting into the performance her essence.

In her experiences meeting Obama, Davis said, she was struck by her “sense of worth” and “sense of belonging.”

“[She] seemed like a rooted tree, a rooted oak tree,” she said. “There was nothing about her that felt secondary, that she was the woman behind the man. She absolutely seemed like a person who has a sense of self.”Davis added: “Barack doesn’t make her someone; she was someone from the moment she came out of her mom’s womb.”

The stories told on “The First Lady,” from executive producers Cathy Schulman (“Crash”) and Susanne Bier (“The Undoing”), span 120 years, but have threads that narratively connect the tales.

DISCLAIMER: The Views, Comments, Opinions, Contributions and Statements made by Readers and Contributors on this platform do not necessarily represent the views or policy of Multimedia Group Limited.
Tags:
Michelle Obama
The First Lady
Viola Davis