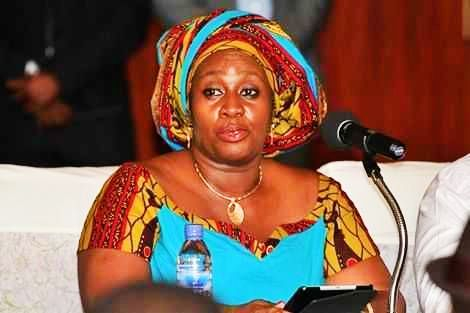 The fifth prosecution witness in the trial of the former Chief Executive Officer (CEO) of the Microfinance and Small Loans Centre (MASLOC) on Monday tendered in evidence, the original financial transaction documents of as directed by the High Court at the last sitting.

Mr Francis Bandoh, a finance officer of MASLOC in his evidence-in-chief previously produced photocopies of those documents but counsel for Mrs Sedinam Christine Tamakloe Attionu, the former (CEO) and Mr Daniel Axim, former Head of Operations objected to the photocopies.

The memos, some of which were from the Head of Operations to the former CEO, Head of Finance and copied the CEO and some other attachments dated between April 11 to July, 2016, were disbursed for sensitisation and monitoring visits to the Greater Accra, Ashanti, Brong Ahafo, Volta, Western and Central.

The witness also tendered petty cash request forms which were used as honourarium for the media.

The Prosecution led by Ms Winifred Sarpong, Principal State Attorney, led the witness to tendered three documents out of 22 as evidence, however, prosecution at a point added a photocopy of a memo from the Board Secretary to the Head of Legal to the CEO, saying, the original was in the custody of the former CEO and that they had produced was what they have in their archives.

Mr Agbesi Dzakpasu counsel for the accused then prayed the court presided over by Mrs Afia Serwaa Asare Botwe to stick to the direction that prosecution should produce only original documents and to its effect that document was rejected from the rest.

The Court ordered the Attorney General to get their documents in order, so that no one takes the order of the court for granted.

The Court heard that, Sedinam was CEO of MASLOC from November 2013 to the January 2017 whilst Axim was the then Operations Manager.

The Prosecution said after Obaatanpa was issued the cheque, Sedinam informed the Board Chairman of Obaatanpa that the money would attract a 24 per cent interest so the company decided to return the money because of the high interest rate and issued a cheque to that effect.

When the cheque was presented, Sedinam declined it and asked for cash rather, upon which her request was honoured on August, 24, 2014. Sedinam then wrote a letter to acknowledge receipt of the money.

In 2015, per letters some of which were under the hand of Sedinam, MASLOC made demands on Obaatanpa for the interest on the principal amount of GH¢500,000.00, of which in response Obaatanpa reminded MASLOC of the refunded money and particularly drew the attention of Sedinam to the unjustified demand.

The Prosecution said in 2017, when a new CEO took office, a demand notice was again sent to Obaatanpa for the payment of the accrued interest of which Obaatanpa again informed MASLOC of the payment but investigations revealed that MASLOC had no record of the amount repayment in cash to Sedinam.

The Prosecution said further investigations disclosed that in April 2016, Sedinam obtained the approval of the MASLOC Board to utilize GH¢1,706,000.00 of MASLOC funds for a nation-wide sensitization and monitoring programme for 85,300 beneficiaries of MASLOC loans, where each of the beneficiary was to receive GH¢20.00 to cover transportation and refreshment.

The prosecution said other investigations revealed that out of the GH¢1,816,000.00 only GH¢1,300.00 was spent on refreshment for some beneficiaries in the Volta, Greater Accra and Brong Ahafo Regions and also no such Programme took place in the other regions.

The Prosecution said investigations also revealed that in 2013 following a fire disaster at the Kantamanto market, the then President John Dramani Mahama directed MASLOC to provide assistance of GH¢1,465.035.00 to victims, of which the money was to be disbursed through Dwadifo Adanfo Savings and Loans Company Limited but Sedinam allegedly appropriated GH¢579,800.00 out of the total amount.

The Prosecution said in August 2016, Sedinam on behalf of MASLOC wrote to the Public Procurement Authority (PPA) for approval to procure vehicles from Mac Autos and Spare Parts Limited for the Ghana Private Roads Transport Union using sole-sourcing under the PPA Act.

The Prosecution said in October 2016, the PPA wrote to MASLOC requesting it to furnish it with financial arrangements approved by the Ministry of Finance of which on December 5, same year, the then Minister for Finance wrote to the PPA to confirm financial arrangements which were being put in place for the purchase of vehicles.

The Prosecution said however, without approval from PPA, Sedinam signed a contract with Mac Autos on December 6, to supply MASLOC with 350 vehicles including 150 Chevy Aveo saloon cars, 100 Chevy Sparklite and a 33-seater Isuzu bus.

The prosecution said investigations further revealed that in January 2017, Sedinam without the requisite approval and authorization caused to be paid to herself and her deputy, one Mustapha Abubakar Batalima the sums of GH¢135,592.33 and GH¢82,218.76, respectively as ex-gratia.

According to Prosecution again in that same month, Sedinam caused to be paid to herself and her Deputy GH¢28,445.94 and GH¢27,486.62, respectively.