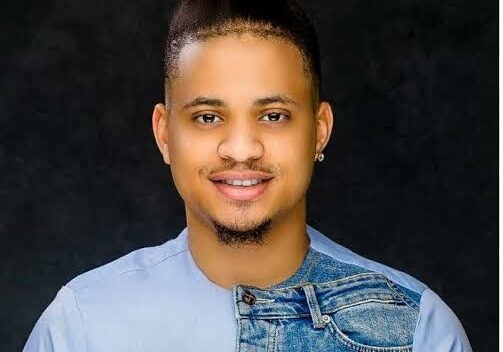 Sunday Michael, a witness at the accident scene of late ex-Big Brother Naija (BBNaija) housemate Patrick Fakoya, popularly known as Rico Swavey, on Thursday, gave an account of what happened.

Rico died on 13 October after being involved in a ghastly motor accident on October 11.

Until his death, he was a singer, lawyer and actor born in 1993.

During a news briefing organised by the late Rico’s family, Michael, an Uber driver, said while trying to convey the deceased to a hospital after the accident, he never perceived any alcohol on his body.

The witness said a passenger in his car at about midnight, along Sangotedo/Ajah Road in Lagos, suddenly saw a car hit a concrete road demarcation.

He noted that a considerable sound likened to that of a dynamite was heard from the accident direction, which was scary.

“Nobody went close to rescue the victim as I beckoned on people around to help, but nobody was willing to. I went close to the scene and discovered that the car was locked, badly damaged, and the engine split into two,” he said.

He said he had to break the car’s windscreen to gain access to the vehicle when he discovered that Rico, the only victim, was already unconscious and bleeding from the nose.

“Looking at Rico Swavey, he looked exactly like my brother, and I couldn’t leave him. So, I took it upon myself to take him to the hospital, and he was not drunk because I did not smell alcohol on his body or mouth.”

“Doren Hospital was the closest hospital to the accident scene, just five minutes drive, so I took him in my car to the place, it took over two hours before he was attended to, and after being examined, a doctor said he needed instant surgery, demanding for some deposit before he could be treated.”

“I took him to another nearby, Evercare Hospital, where he was attended to after one hour. Meanwhile, all this while, nobody called Rico’s line until after arriving at Evercare when one of his friends called, she later came to join me, but at the sight of him, she collapsed.”

“Evercare also demanded some deposit, but when they discovered that he was a celebrity, they decided to commence treatment on him. If they gave Rico Swavey prompt medical care, he would have been alive now,” he said.

The deceased’s cousin, Mayo Dele, noted that the essence of the media briefing was to call the attention of the Lagos State Government and the Nigerian medical system to the truth surrounding Rico’s death.

Mr Dele said that the briefing was also to ensure necessary steps were taken by all concerned to guide against the recurrence of a similar case where individuals that need urgent medical care would be denied, due to financial problems, leading to untimely death.

He said they should prioritise human life regardless of what was at stake.

Mr Dele expressed disappointment as none of the officials from Doren or Evercare Hospitals honoured the invitation for the briefing.

“The Lagos State Ministry of Health, Ministry of Justice and Association of Nigeria Nurses and Midwives were invited but never showed up. Evercare Hospital, where the late Swavey was eventually treated, billed the family the sum of N4.2m before treatment could commence.”

“The family deposited N3.5m for late Swavey’s treatment, and upon his death, the hospital management disclosed that they used N1.9m and that the balance would be refunded. They have not remitted the balance as promised,” Mr Dele said.

He said the money generated from the public, meant to cater for Swavey’s medical bills, was still with Paystack, an online payment platform.

According to him, Paystack notified the family of its plan to carry out some verification before they released the money.

He said when the family gains access to the money, they will use it to invest in immortalising the late Rico Swavey.

“We, the family of late Rico Swavey, appreciate everyone who has sympathised with us at this trying time. We plan to establish a formidable foundation in honour of the late Swavey, and they will channel it toward solving a particular problem. It will be something of value to keep Swavey’s name alive. We had over 400 people donate on that platform. We appreciate everyone for the kind gesture,” he said.

Leroy Fakoya, late Rico’s elder brother, advised the state government that to restrict lanes on the highway, it should use plastic and reflective materials instead of concrete.

Mr Fakoya, sober over his younger brother’s death, said that Rico died due to the negligence of the medical team at Evercare and Doren Hospitals.

“If Swavey had got treatment early enough, he would probably still be alive now, and they should not prioritise money over human life. They only started treating him when they discovered he was a celebrity. What if he is an ordinary fellow who is not a public figure? We need to change this narrative,” he said.

DISCLAIMER: The Views, Comments, Opinions, Contributions and Statements made by Readers and Contributors on this platform do not necessarily represent the views or policy of Multimedia Group Limited.
Tags:
BBNaija
Rico Swavey