Wizkid sells out 02 Arena in 12 minutes 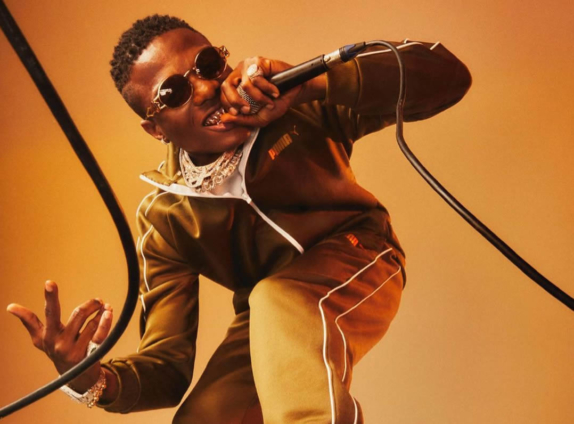 Nigeria’s Wizkid has sold out the 02 Arena in London ahead of his ‘Made in Lagos’ concert.

The tickets for the one-off show, happening on November 28 in the 20,000-capacity venue, run out in a record 12 minutes after the sales went live.

Taking to Twitter and Instagram, Wizkid broke the news to fans, writing “Sold out the O2 in 12mins!! Love u London!!”

SOLD OUT THE 02 ARENA in 12 MINUTES. LONDON! I LOVE YOU 🇬🇧🦅❤️ pic.twitter.com/bJY0LpeuCP

The Afrobeats artiste joins a shortlist of musicians including Beyonce, Rihanna, The Spice Girls and The Rolling Stones, who have sold out the 20,000 capacity O2 Arena in less than 13 minutes.

Wizkid released ‘Made In Lagos’ in October 2020 but he was unable to tour with the album because of the coronavirus pandemic.

In July, Wizkid announced the date for his album tour which included London and the other venues in the US.

Tickets went on sale on Friday, August 6, but fans who were quick bought all the tickets within 12 minutes.

Many who missed out have been calling for more dates in London.

Can’t Wizkid announce a second event to make up for those that wanted to attend but couldn’t get in? Is there a rule against it?

One fan wrote, “I’m absolutely crying I missed out on Wizkid tickets @wizkidayo PLEASE release another date!!!!!’, and ‘Wizkid we need more Uk dates, US audience ain’t better than us!”

Was trying to get tickets since yesterday and selfish people already bought the tickets trying to resell them for a much higher price. You should be ashamed of yourself that most people who wanted the tickets couldn’t get them. So angry right now.

Another fan wrote, “y’all that got 6 or more tickets…it’s not fair on us that couldn’t get even one !!!!! Not niceee at all…I could cry right now cause I was literally up all night waiting to buy my ticket!!!”

However, this is not the first time Wizkid is selling out the 02. He sold out the venue with his “Starboy Fest” in October of 2019, becoming the first African artiste to do so.