Woman sends cheating boyfriend 1,000 kilos of onions because ‘it’s his turn to cry’ 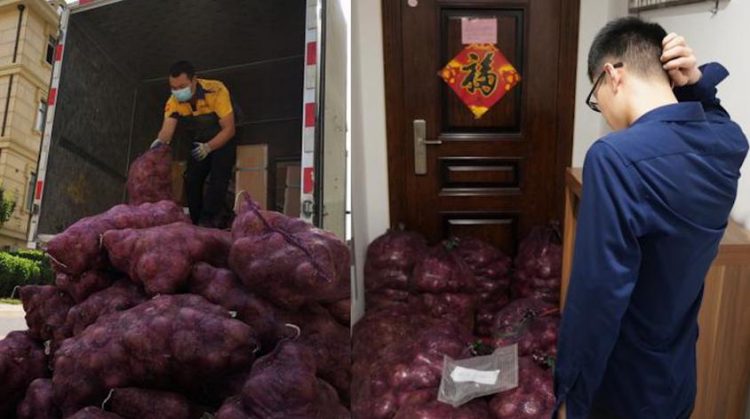 Chinese media recently reported the bizarre case of a heartbroken young woman who took revenge on her cheating boyfriend by sending a tonne of onions to his doorstep so he could cry as much as she did over his treason.

For most young Chinese couples, May 20 is a very special day, the equivalent of the western Valentine’s Day, but for one heartbroken woman who recently caught her boyfriend cheating, the day will only make her suffering worse.

Known only as Miss Zhao from Zibo, in Shandong province, the young woman reportedly went through her boyfriend’s phone a few days ago and was shocked to see that he had been texting other girls and had already cheated on her.

Unable to cope with the pain, she ended the relationship and cried her heart out for three days after that.

Meanwhile, her ex was out having the time of his life, which only made her angrier.

After hearing that her ex-boyfriend hadn’t even shed a tear over her, and was actually enjoying life without her, Ms. Zhao hatched a very original plan to get back at him.

She ordered 1,000 kilograms of onions online and had them be delivered at her ex’s front door, with the message “You made me cry for three days, now it’s your turn”.

According to Shandong.com and Sina.com, the delivery man had to single-handedly unload dozens of bags of onions and carry them to the designated address, a task that reportedly made him say “If he doesn’t cry, I certainly will”.

When the clueless ex-boyfriend came home several hours later and found the bags stacked in front of his front door, the smell of onions had already spread through the whole apartment building, as reported by some of his neighbors.

“I don’t know if he cried or not but I was most definitely choked by the smell. Now the whole place smells like onions!” one resident allegedly said.

Normally, I would be convinced that a story like this was made up, but the whole operation was actually filmed and recently fatured on Chinese viral clip platform Miaopai.