Women Empowerment is one of my priorities - Retained Central Tongu DCE - MyJoyOnline.com

Women Empowerment is one of my priorities – Retained Central Tongu DCE 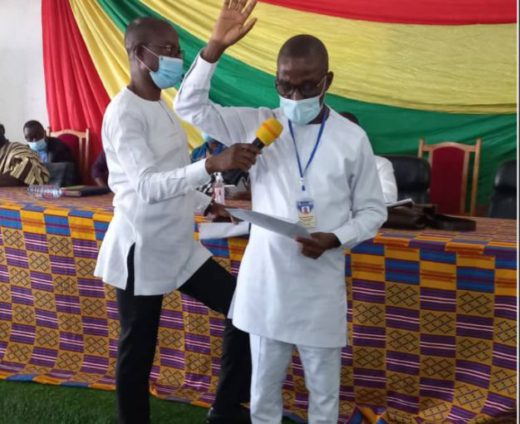 The retained DCE for Central Tongu, Thomas Moore Zonyra has said that women empowerment is one of his priority in his second tenure in office.

Mr Thomas Moore Zonyra made this known after he was massively endorsed by the assembly members of the Central Tongu District Assembly.

Mr Zonyra noted that women are very important in the society and hence need to be empowered in all aspects of life especially financially.

He said some women groups have been engaged in business adversary centre with some women into rearing for food and jobs, gari processing and many other activities that can help them to be financially independent.

“Our business adversary centre is charged and some groups of women are already benefiting from our programmes with trainings and many economic activities in the district,” Mr Zonyra said

He said the Assembly has also set up some small companies and enterprises for the women groups with assistance from the Ministry of Food and Agriculture.

He said the assembly have done a lot on infrastructure with some more projects still ongoing and new ones starting soon.

“We are actually on top of issues though we cannot say that we have a perfect situation here,” he noted.

Mr Zonyra was grateful to the President for the confidence he had in him and promised to work hard to bring more development to the District.

He said his doors are open to all and would love to have the collaboration with both the assembly members and staffs as well as traditional leaders of the District.

The Volta Regional Minister, Dr Archibald Yao Letsa commended the assembly members for a good work done and urged the Assembly to help the retained DCE achieve the aims for which he was re-nominated and confirmed.