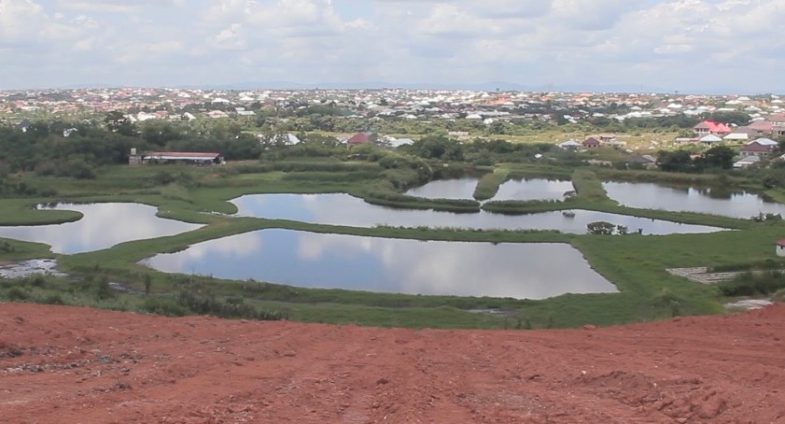 The re-engineering of the Oti Landfill site in the Ashanti Region is making progress.

The goal of the re-engineering project is to transform the appearance of the site after it had been decommissioned by the government.

The dump site, which was formerly an eyesore, will be transformed after it is completed.

In an interview with JoyNews, the on-site engineers, Felix Astrim and Kwadwo Osei, described the scope of the project and noted that when it is completed, all the hazards will be resolved.

“The idea was to save the environment and eliminate all the hazards that the garbage was bringing to the community. People will be asking that why are you not capturing the gas and using it for LPG.

“But the economic value of it, as compared to the amount of gas, isn’t worthwhile,” Felix Astrim said.

The project is expected to be completed by December, 2022.

The Sanitation Minister, who visited the site to check the development of the project, praised the President for initiating the project.

While commending the contractors for the hard work, Cecilia Abena Dapaah urged them to complete the project on time for use.

She also supervised a pre-tree planting exercise of about 30 trees at the site and promised that after the decommissioning process, over 5,000 trees of various species would be planted to support the government’s climate change drive.

The Oti Landfill facility was the largest disposal site, receiving about 1,500 metric tonnes of garbage every day from Kumasi and its environs.

However, the deteriorating state of the site posed a health threat to residents of Dompoase and Oti as a result of the foul odor which emanated from the area.

There was also an issue of limited access route for tricycles and waste trucks to the site.

When the Integrated Compost Treatment Plant began operations, the government planned to decommission and re-engineer the 65-acre site so that it may be used for other purposes, including a recreation facility.

A contract was awarded to waste management giant Zoomlion Ghana to upgrade the site, among other things.