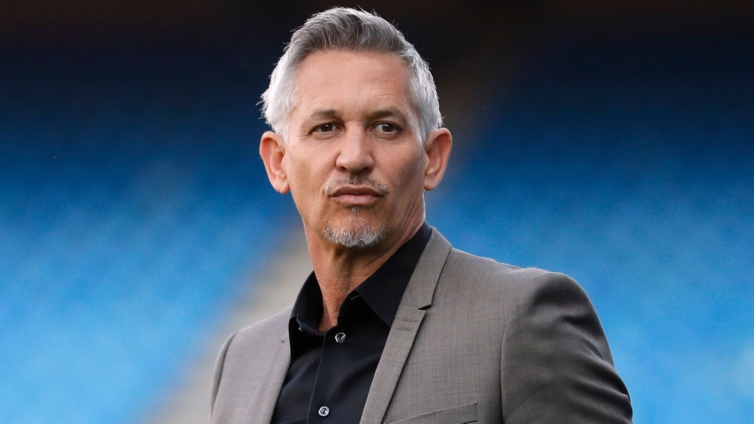 Gary Lineker says he is in Qatar to “report, not support” the World Cup and will discuss the issues surrounding the “tainted” tournament on air.

The host nation has been criticised for its stance on same-sex relationships, its human rights record and treatment of migrant workers.

Lineker said there was a “queasy feeling” surrounding the tournament.

“This is our job to come and report it and show people what it’s about at home and hopefully in a fair way,” he said.

Speaking to BBC sports editor Dan Roan, Match of the Day presenter Lineker said: “There are significant issues around this World Cup, obviously with human rights issues, what has happened with the building of the stadiums and workers’ rights and homophobia and various things they have here.

“I am accustomed to it as I’ve spent most of my life in the build-up to World Cups talking about issues other than football, but when the football starts you tend to stop talking about it. But that is how sportswashing works so you have to be careful.”

Qatar has been accused of sportswashing – the act of using sport to improve reputation and project a positive image of a country – but World Cup organisers have promised openness and inclusivity.

Referring to Russia’s invasion of Crimea before the last World Cup in 2018, former England captain Lineker added: “I felt we were sportswashed in Russia. I don’t think the world stood up about what had happened in Crimea and I include ourselves in that.

“It didn’t seem like the world objected as much as they have done about Russia invading Ukraine. You learn lessons. This is where the World Cup is. It’s here and we are here to report the World Cup and not support it. We will raise the issues and talk about them.

“Whether that makes any change here, I suspect it won’t, but I think it’s important to talk about the various issues going on, as well as the football.”

Lineker, who was top scorer at Mexico 86, arrived in Qatar on Friday and said it feels “almost surreal” with the start of the World Cup just two days away, adding it is “very different” to previous editions of the tournament.

Peaceful protests have been planned by some players, while England’s Harry Kane, Wales’ Gareth Bale and eight other captains of European teams will be wearing ‘One Love’ armbands, to promote diversity and inclusion in a country where homosexuality is illegal.

But Lineker says players at the World Cup “can’t win” whether they choose to speak out against Qatar or not.

“It’s a delicate balance between sportswashing and trying to make change. We will raise the issues at hand but will it really make a difference?” he said.

“We don’t and the footballers don’t get asked where the World Cup is. Footballers can never win, if you speak up and make a stand, people say stick to football.

“If you don’t say anything, they say why aren’t you speaking up? And we don’t necessarily get this in other sports.

“I know it’s global but it’s the same with talking about footballers’ salaries. People always talk about footballers getting paid too much but they don’t talk about movie stars or singers or golfers or Formula 1 drivers and I think it’s an element of these working class lads are a bit above their station. Even if it’s subconscious.”

‘Lack of self-awareness’ from Fifa

Qatar was awarded the World Cup in 2010, a decision which Lineker says was “unfathomable”.

At the time, then-Fifa president Sepp Blatter supported the bid, but now says it was a “mistake” to award the World Cup to the Arab nation.

Earlier in November, Fifa wrote to all 32 competing nations telling them to “now focus on the football” following the controversial build-up.

“That was a real lack of self-awareness from Fifa to say that,” said Lineker. “We have all seen the documentaries now, even though we felt it at the time.

“Most of the people who were involved in the decision to bring the World Cup here are in jail or expelled from Fifa or fined or banned so we all know. We are stuck with it but I guess we will try and make the most of it.”

He added: “It has come at a cost that shouldn’t have been paid. It’s on my mind when we talk about it and raise the issues, which we will on the television.

“When there is a football match being played, I will be watching the football match but at the same time our thoughts will be with those who have lost their lives. How can you forget that?”

DISCLAIMER: The Views, Comments, Opinions, Contributions and Statements made by Readers and Contributors on this platform do not necessarily represent the views or policy of Multimedia Group Limited.
Tags:
Gary Lineker
Qatar 2022 World Cup