World leaders warn failure to educate girls will cause ‘catastrophes’ 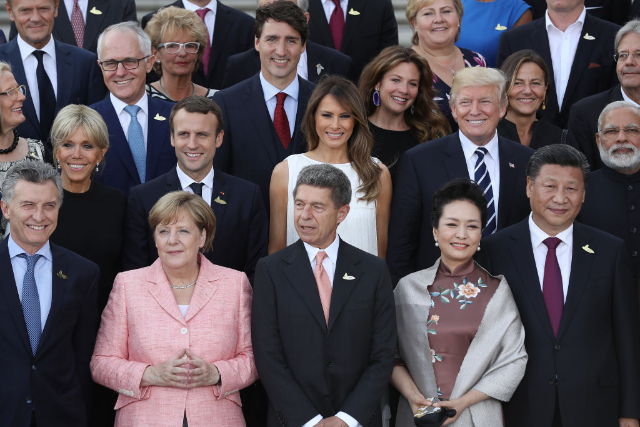 UNITED NATIONS (Thomson Reuters Foundation) – Leaders of France, Canada and Britain called on world nations on Tuesday to boost efforts to educate girls, warning that “catastrophes” can result from failure to provide access to quality schooling.

Without educating girls, nations lose productivity and risk instability and conflict, they said on the sidelines of the annual meeting of world leaders at the United Nations.

More than 130 million girls, many in conflict-ridden or poor regions around the world, do not attend school, according to the World Bank, costing as much as $30 trillion in lost earnings and productivity.

But the rest of the world pays a price as well, in terms of economic power and political stability, world leaders said at a U.N. event promoting girls’ education.

“It’s an investment. If we don’t do it, then we will be preparing for catastrophes,” French President Emmanuel Macron said.

“If we don’t do anything, others will take hold of the agenda and there will be a crisis.”

Quality education must include cultural and social standards that address gender inequality, he said.

“It’s because we haven’t stepped up to the mark and provided appropriate education that we are entrenching those traditional values instead of overturning them,” he said.

British Prime Minister Theresa May called on other nations to ensure girls have access to 12 years of free quality education.

“Improving access to education is not only the right thing to do, it’s also at the heart of the UK’s drive to boost economic growth, improve stability and reduce conflict around the world,” she said.

Ensuring quality education for all was among the 17 global goals adopted unanimously three years ago by U.N. members to eradicate such issues as poverty and inequality by 2030.

“When you empower women to take better decisions than have been taken in the past, we all end up benefiting,” said Canadian Prime Minister Justin Trudeau.