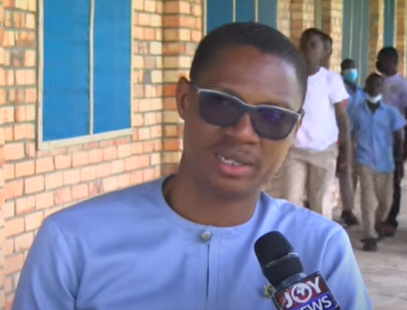 The Deputy Ranking Member of the Constitutional, Legal, and Parliamentary Affairs Committee of Parliament has petitioned the Speaker of Parliament to investigate the mass failure recorded in the 2021 law school entrance examinations.

In Francis-Xavier Sosu’s petition, he asked the Speaker to order the General Legal Council (GLC) to submit raw scores of the students to Parliament’s Constitutional and Legal Affairs Committee for further probe.

The 2021 Law School Entrance Exams saw only 790 out of the 2,824 candidates pass to gain admission into the professional school.

According to Madina MP, the 28 per cent pass in this year’s admissions to the Ghana School of Law “represents a systemic problem that must be of concern to all democracy watchers, Parliament as an institution and everyone.”

He believes that investigating the failure will allow the country to ascertain whether the problem results from students’ performance or the lack of available infrastructure to accommodate the excess numbers.

“Article 37(1) of the 1992 Constitution provides that the State shall endeavor to secure and protect a social order founded on the ideals and principle of freedom, equality, justice, probity, and accountability as enshrined in Chapter 5 of this Constitution; and in particular, the State shall direct its policy towards ensuring every citizen has equality of rights, obligations, and opportunities before the law.”

“As such, there is the need for investigations to ascertain whether or not the pass rates and scores are based on the actual performance of students during examinations, or as a result of lack of available infrastructure to accommodate the excess numbers, hence this petition.”