You have to earn your spot in the Black Stars team - Ashimeru on playing at the World Cup - MyJoyOnline.com 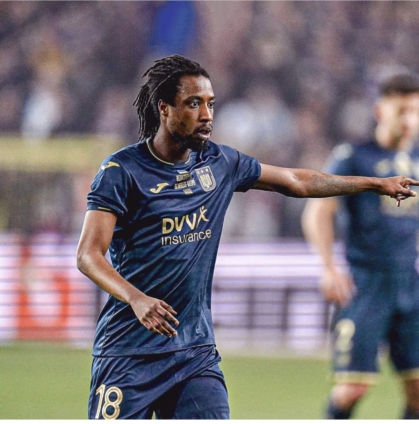 Ghana international, Majeed Ashimeru, says anyone player looking to play at the 2022 FIFA World Cup must fight to earn a spot in the squad.

After securing their ticket to Qatar, the next few months ahead will be crucial as the Black Stars will be putting finishing touches to their preparations for the tournament.

Several players have been tipped to be part of Otto Addo’s set-up for the mundial including foreign-based Ghanaians.

Ashimeru, who plays his football for Anderlecht believes every player must put in the work to earn a spot in the team for the World Cup.

“[The World Cup] is in everyone’s plans. Every footballer wants to go. You have to put in more hard work to be there. The guys over there I think all deserve it. Everyone is doing his own thing in his team,” he told Joy Sports in an exclusive interview.

“I believe everyone wants to go to the World Cup but you have to earn it and I will make sure I do what I can to earn it.”

Ashimeru has missed out on the last two Black Stars call-ups with the list back in March raising a bit of controversy. But the midfielder says he always respects the decision of the coaches and he will always honour a call-up if he is called up.

“I will really appreciate them calling me.”

Ashimeru is back in Ghana for holidays after an impressive 2021/22 season in Belgium which saw him score three times adding two assists.