You want to Bamba: How the 2021 detty December hit, ‘Ameno Amapiano’, came to be 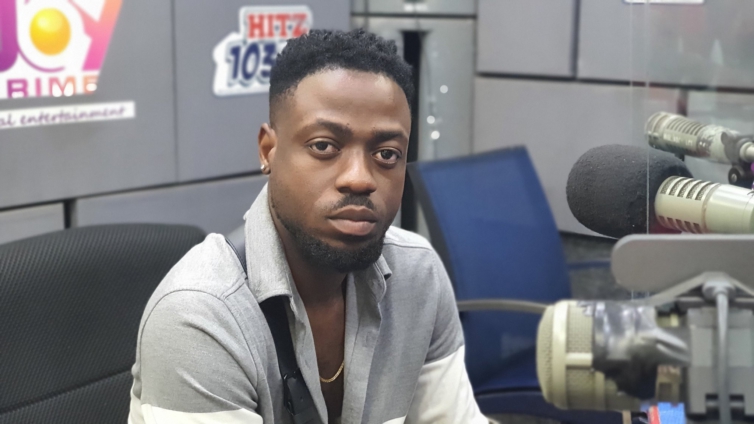 If anything remains constant about December in Ghana, it is the popularised song(s) the public jam to all day all night during the holidays.

There have been several songs that have had the privilege of entertaining people in December, but in 2021, Amapiano swept through like a tornado all because of one song; ‘Ameno Amapiano’.

From nightclubs to hangout spots, “you want to bam ba? You wanna chill with the big boys, na you dey run kiti kiti, you dey run kata kata, no fit drink water drop cup” was the anthem.

But, although many people enjoy the song, surprisingly, they do not know its origin. Ghanaian Producer Nektunez is the originator of Ameno Amapiano.

In an interview on Daybreak Hitz on Hitz FM, he revealed that the song was part of an EP made up of amapiano versions of famous old music.

“I did an amapiano version of Beleive by Cher, Killing Me Softly, No woman No cry, In The Air Tonight and then Ameno Amapiano,” he told Andy Dosty, host of the show.

Ghanaians and fans across the globe nearly missed out on having this jam because it was not originally part of the EP.

Nektunez said he spent time working on the initial tracks from EP, but before he dropped it, he was reminded of a popular song he listened to during his childhood.

All he knew about the song was the lyrics “dori me”, and a search of that on YouTube took him to Ameno by ERA.

ERA (a musical project by French composer Eric Lévi) initially released ‘Ameno’ in 1996. The group used lyrics, some of which are in an imaginary language similar to Greek or Latin, deliberately devoid of any exact meaning.

And Ameno was no different; the song is in pseudo-Latin. Within an hour, Nektunez extracted the vocals and created his most popular hit to date.

But, because Universal Music (Era’s label) had the masters to the song and the other track were samples, he could not put it on streaming platforms without approval.

So, “before I uploaded, I secured a temporary license that enabled me to put it on Apple Music and the others,” Nektunez revealed.

Ameno Amapiano had already picked up and become a staple in clubs and spots after the EP was released in April 2021.

Following its growing popularity, Nektunez said Nigerian artiste Goya Menor reached out to him on Instagram asking him to check out the verse he added to the song.

According to the producer, Menor had said he heard the song playing in a club and after listening, he was inspired to put his verse to it.

Nektunez, who liked the verse, agreed the new ‘Ameno Amapiano’ remix be put out on streaming platforms. The track was released and quickly won the hearts of many on Tiktok and later on mainstream platforms.

“As we talk now, we have 72.8 million streams across all platforms, and the video is not out yet. It has also been number one for four weeks on the World Digital Song Sales chart,” he said.

Following the song’s popularity, Universal Music, who owned the masters to ‘Ameno’, wanted a full clearance to be done especially since Nektunez only had secured a temporary license to use the song.

Thus, Sony helped him secure the song’s licence and signed him to the label.

Nektunez revealed a video for the song was shot the week before in Nigeria to be released for fans later.

DISCLAIMER: The Views, Comments, Opinions, Contributions and Statements made by Readers and Contributors on this platform do not necessarily represent the views or policy of Multimedia Group Limited.
Tags:
Ameno Amapiano
Goya Menor
Nektunez