You won’t escape with loot after 2024; we will hold you accountable – NDC to Akufo-Addo, Bawumia 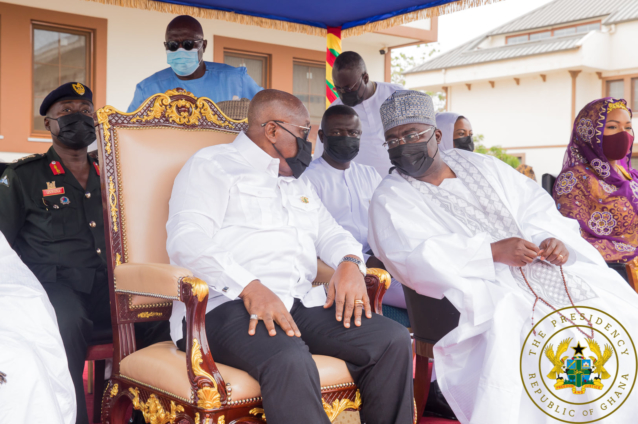 The opposition National Democratic Congress (NDC) has served notice to President Nana Akufo-Addo and Vice President Dr. Bawumia that they should prepare not only to hand over power in 2024 but to also fully render account of their stewardship.

According to the party, the NPP, which is currently in its second term, and on its way to what appears to have become a mandatory 8 years for all governments since the 4th Republic, has shown no interest in investigating and prosecuting the numerous corruption cases and abuse of office that had bedevilled the Akufo-Addo Presidency.

The NDC expressed dismay that whereas they prosecuted their own appointees who were involved in cases of corruption like in the GYEEDA case among others, the NPP government was turning a blind eye to the overwhelming cases of corruption and rather encouraging the canker.

“What is instructive in all this is the fact that, none of the government officials and NPP functionaries responsible for all these cases of corruption which have occasioned huge financial losses to the state have been held responsible for any of these corrupt acts.

“Instead of prosecuting them and ensuring that the monies involved are refunded to the State, President Akufo-Addo has cleared, shielded and even defended many of the culprits of these criminal acts including himself.

“This is what has made corruption a free-for-all pageant show in the Akufo-Addo/Bawumia/NPP government and has emboldened many more appointees and officials of government to engage in more acts of corruption and plain stealing with brazen impunity.”

Addressing a Press Conference on Monday at the party’s headquarters in Adabraka in Accra, the Communication Officer of the NDC, Sammy Gyamfi, presenting a statement, mentioned a litany of corruption related cases, including the BOST scandal, the Ameri Novation deal inflated by $800 million, the PPA contract for sale scandal and many others which cost the nation financially and yet no one in the government punished for those crimes.

“These are just 10 classic cases of corruption and stealing that have been perpetrated against the Ghanaian people by President Akufo-Addo and Dr. Bawumia.

The statement observed that corruption had been so rampant that people outside of government, such as the President’s family members and friends had been roped in to participate.

“In fact, as we speak thousands of dollars that were paid by government to African Legal Associates, a law firm owned by cousin to the President, Gabby Otchere Darko have not been refunded to the State.

“This is despite the fact that the State hasn’t benefited in any way from the shady “Agyapa” deal which has been suspended by the President.”

“This is why President Mahama is calling on all of us to kick these greedy thieves out of office in 2024 to afford the next NDC administration the opportunity to hold them accountable for their many corrupt acts. We cannot afford to give them four more years to coverup and enjoy their loot while majority of Ghanaians continue to wallow in squalor and abject poverty.

He, therefore, called for all Ghanaians to come on board to save the country from further plundering and retrieve stolen moneys.

“Regime change, is our only hope of holding President Akufo-Addo, Dr. Bawumia and their appointees accountable for their stewardship. It is the only way we can retrieve the huge sums of monies they have stolen from the state and punish them in accordance with law.”

The statement also commended the Minority in Parliament, CSOs and the former Special Prosecutor for their vigilance. It also called for all Ghanaians to get involved and not to relent in the fight against corruption.