Young and divorced in Egypt – ‘I don’t know you anymore’ 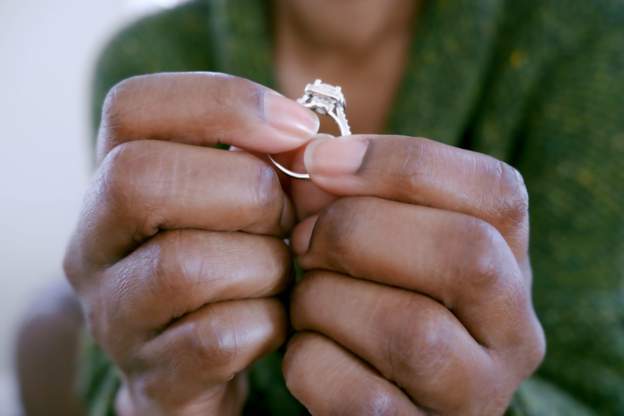 Looking back, Baheyya says she was a different person when she got married.

At 22 she had fallen in love while at university in Egypt, and as a devout Muslim, she believed that marriage was the only proper way to continue her relationship.

Although marriage wouldn’t have been her first choice at that point, she remembers her relationship as a true love story, and for the first couple of years, she was happy as a wife.

But then things changed. Baheyya struggled with the pressures of motherhood, and as the Egyptian Revolution of 2011 opened up conversations in society, she started questioning some of her assumptions about what she could and should expect from life.

“I became a bit more liberal when it came to my spiritual beliefs [and] my political views. And he was still very conservative on both matters.”

The relationship changed as Baheyya and her husband grew further apart, fighting not just about everyday issues, but big questions about life.

“I remember that he looked at me, he gave me a look and he said ‘I’m not really sure I know you anymore’.”

Eventually, the couple agreed that separating was the best way forward for them, joining the growing number of Egyptians who choose to get divorced.

A generation ago, in conservative societies, in particular, women didn’t have the same freedom to end a marriage than men did.

In cases where a marriage turned bad, wives were simply expected to endure it. Even now, Baheyya says she was lucky to have the financial independence that made divorcing possible for her.

A 2018 study found that one-fifth of marriages in Egypt end in divorce each year. To some, this is a concerning trend, but to others – like Baheyya – it’s a sign of freedom.

DISCLAIMER: The Views, Comments, Opinions, Contributions and Statements made by Readers and Contributors on this platform do not necessarily represent the views or policy of Multimedia Group Limited.
Tags:
Divorce
Egypt
Marriage