Your ignorance cannot be my fault – Lyrical Joe to critics who said he didn’t deserve the ‘Best Rap Performance’ award - MyJoyOnline.com 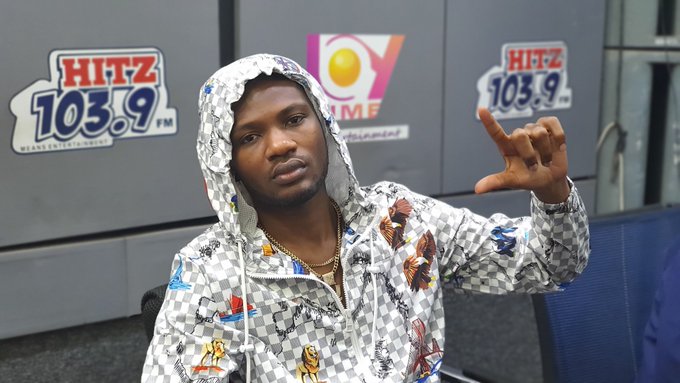 After pursuing music for over 8 years, Ghanaian rapper Lyrical Joe’s first-ever VGMA win came with some backlash on social media.

While others congratulated him for winning the ‘Best Rap Performance’ award, the rest appeared to be disappointed in the award scheme, claiming he didn’t deserve to be crowned the “Best Rapper of the Year”.

A cross-section of social media users also said they didn’t even know who he was in the Ghanaian music scene.

The negative comments compelled the rapper to vent out his frustration on the critics, saying “your ignorance cannot be my fault,” he told Andy Dosty on Daybreak Hitz.

According to LJ, the only rap song in the ‘Best Rap Performance’ category that surpassed his track, 5th August, in terms of streams, was Sarkodie’s Rollies & Cigars, thus, he does not see why critics would say they do not know him —neither does he think he didn’t deserve to be crowned winner of that category.

Whether in defeat or victory, “The Beast” strongly believes he merited the ‘Best Rap Performance’ award, including the ones he lost in previous years, because “rap is what he does best”.

Before VGMA23, the rapper was nominated in the 2022 3 Music Awards ‘Rapper of the Year’ category—where he lost to the “mic burner” and the curator of the Yeete Nsem series, Amerado.

The loss made LJ feel “cheated”, propelling him to compose a “Letter to 3 Music Awards” —where he justified the reasons he deserved to be crowned the ‘Rapper of the Year’ instead of Amerado.

In the video, Lyrical Joe rapped: “Amerado, I love you, but you know this one was mine. The opportunity is gold, and you know that field is mine”. However, LJ said via Hitz FM that the track was neither a diss to the organizers of 3 Music Awards, nor his friend, Amerado.