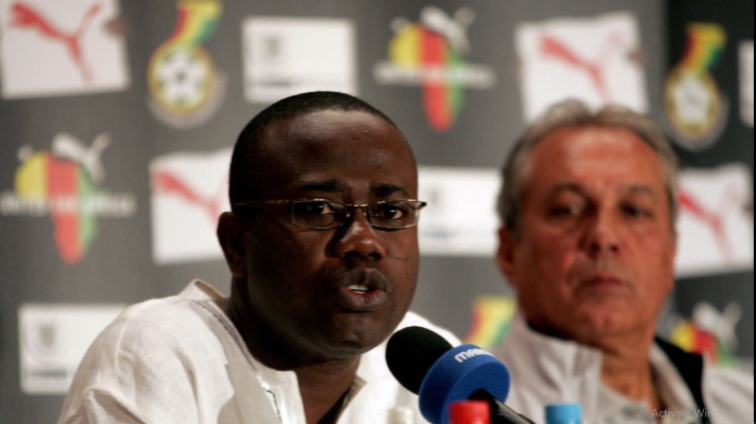 Kwesi Nyantakyi was voted President of Ghana FA in 2005.

Former president of the Ghana Football Association, Kwesi Nyantakyi, has questioned the authority of Black Stars head coaches who allow themselves to be influenced during national team call-ups and selections.

In the last few years, the national team has come under scrutiny for the criteria that have led to some players being invited to the team.

According to some Ghanaians, national team selection has been the avenue for ‘agency players’, indicating some get into the team due to their affiliation with people in authority at the Ghana FA.

However, Nyantakyi believes it is the duty of the gaffer to ensure his decisions are not influenced by people.

“No coach worth his salt will allow somebody to dictate to him who should play and who should not play,” he said in an exclusive interview on Joy Sports’ Prime Take.

“If any coach did that, then he’s not a coach because as a coach, the responsibility lies squarely at your doorstep.”

At the moment, the Black Stars are two weeks away from the start of the 2022 FIFA World Cup with Otto Addo already reported to have submitted his provisional 55-man squad ahead of the Mundial.

Ghana is drawn in Group H, where they will come up against Portugal, South Korea and Uruguay hoping to go past the group stage once again.

DISCLAIMER: The Views, Comments, Opinions, Contributions and Statements made by Readers and Contributors on this platform do not necessarily represent the views or policy of Multimedia Group Limited.
Tags:
Black Stars
Kwesi Nyantakyi
Lawrence Baidoo
World Cup