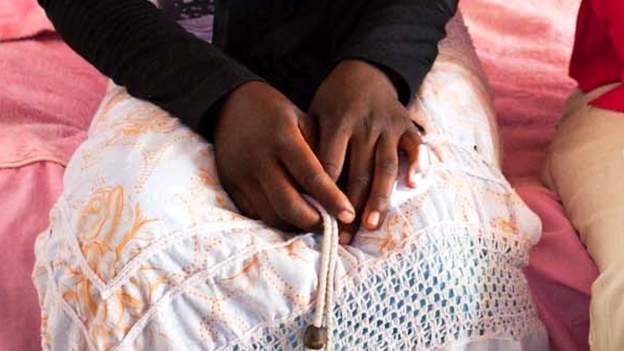 Police in Zimbabwe say they have arrested a 26-year-old man and the parents of a 15-year-old-girl he is accused of raping in an illegal marriage, and who later died while giving birth.

The death of Anna Machaya – reportedly at a church shrine in the eastern region of Marange, last month – has sparked outrage in Zimbabwe.

Her parents are accused of obstructing justice by trying to conceal her real age from police. They are also accused of “pledging” their nine-year-old daughter to Mr Momberume following Anna’s death.

The three accused have not yet commented. Police say investigations are continuing.

Rights groups have welcomed the arrests.

In a landmark judgement in 2016, Zimbabwe’s Constitutional Court banned marriages for boys and girls under the age of 18. However, the practice has continued.

Arrests and prosecutions are rare and authorities, including politicians, have often been accused of turning a blind eye because of the influence of religious sects.

But the girl’s death has put the spotlight on the practice of child marriage within Zimbabwe’s popular Apostolic Church, which often rejects medicine and hospital treatment.

More than 90,000 people have signed an online petition demanding justice for Anna, who had previously been mistakenly identified as Memory.