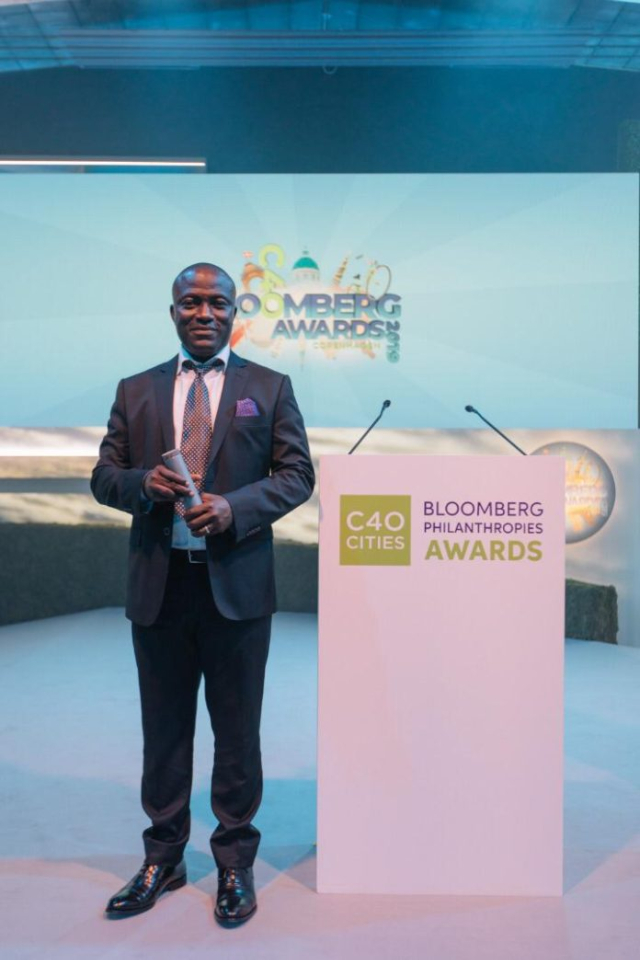 The management and staff of the Jospong Group and Zoomlion have congratulated AMA and Mayor of Accra, Mohammed Adjei Sowah, for being rewarded at 2019 C40 cities Bloomberg Philanthropist Awards.

The winning projects, according to organisers, represents the most ambitious and impactful projects by city Mayors to tackle the global climate crisis.

In the press release by the management of Jospong Group and Zoomlion, the waste collection giant said more needs to be done to improve sanitation in the country.

“As we congratulate the Mayor of Accra and his team for such a prestigious award, we wish to reiterate the need for a collaborative and deliberate effort to tackle the sanitation menace from all angles” it stated.

They also acknowledged the work and implementation of policies of the Mayor of Accra to improve the state of sanitation in the city.

The management of Jospong and Zoomlion have promised to collaborate with the government to achieve sustainable development goals and the vision of the President, Nana Addo Dankwa Akufo-Addo, to make Accra the cleanest city in the sub-region..

Zoomlion Ghana Limited has played a major role in improving sanitation in Ghana.

In 2006, the company introduced manual tricycles into the Ghanaian market as a simple but modernised way of waste collection to facilitate the collection of waste from areas without good roads.

This innovation immediately changed the face of waste management in Ghana.

Currently, there are over 5,000 tricycles across the nation, which has created jobs for thousands of youth.

The latest innovation by Zoomlion is the inauguration of the Integrated Recycling and Compost Plant, also designated as the Accra Waste Recovery Park.

This innovative solution creates jobs for many youths.