10 signs you’re definitely not over your ex 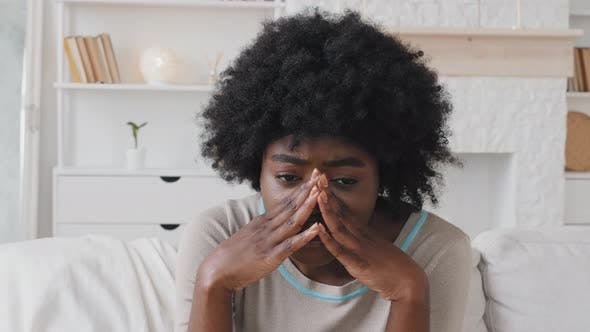 In the aftermath of a breakup, it’s common to be inundated with conflicting advice from all sides: Have a rebound fling! Hibernate for a week, while wearing sweatpants, eating ice cream, and crying over bad romance movies! Go shopping and spend money you don’t have! You deserve it!

Considering the whirlwind of emotions you feel when a relationship ends, any of these behaviors are okay. But what comes after that? And are you even ready for it?

It can be difficult to know the signs you’re in love with him or if you even have a chance of getting over that ex. After sharing a significant chunk of your life with someone, it makes sense that they’d remain perpetually in your thoughts, at least in some capacity.

So how do you know if you’ve really put your past to rest, or if you’re still mired in your last relationship?

Here are 10 signs you’re definitely not over your ex:

1. Everything reminds you of him

You break into sobs every time you hear “your song.” Your weekly date with Dr. House is just not the same without him. Not only that, but you have a running list of things you need to tell him when you see him, based on everything exciting, hilarious, and/or tragic that has occurred since you split.

Because who else would you share these things with? Well, your best friend, for starters. Your mom. Your shrink. Or — gasp! — a new man. Try to forget the lists, stop putting energy in the past, and instead bond with the people who are actually in your life.

2. You’re lashing out in public forums

You trash-talk him on Twitter and Facebook. At last night’s open mic night, he appeared in your confessional poetry. And, honey, it would be better for all involved if you kept that song you wrote earlier today a secret.

While it’s healthy to let out your feelings, if it’s been several months and he’s still inspiring your inner artist, you’re letting history take precedence over the right now.

You dress up in the hopes you’ll run into him, and when you do see him, you make your life seem really, really awesome. Because, obviously, you’re better off without him and — dude! — he’s gotta see what he’s missing! And you’ve got to realize what you’re missing in making him the center of your life.

4. You have no interest in that hot dude giving you the eye

You have men throwing themselves at you left and right, eager to love the pain away. But all those guys hitting on you at parties and bars? They seem pretty repulsive right now.

When your ex calls, however, you pick up right away. (What? It could be important!) Try chatting up a new guy. You never know what could happen…

5. You compare everyone to him

Even if you think you’re ready to start dating again, every time you meet a new guy, you make a list of all the ways he doesn’t measure up to your ex. Once you’re really over him, you’ll measure men on their own merits.

6. You still cyberstalk him… in addition to all of his friends and relatives

The other day, while innocently wandering about Facebook, you noticed that a cute girl had left a flirtatious message on your ex’s wall. So you attempted to hack into her Facebook account and scoured the Facebook pages of your ex’s mom, sister, and grandmother for even the subtlest mention of either you or a new romance.

We want you to know: This is unhealthy. And possibly illegal.

7. You are unable to let go of your relationship mementos

And by mementos, we don’t just mean the gifts he gave you during the course of your relationship, like that Swarovski necklace or that cute winter hat. Because we wouldn’t get rid of those, either.

Rather, we’re referring to the more random stuff, such as those matches from the restaurant where you had your first date or the movie tickets from every single film you’ve ever been to together. Trashing them will be freeing — try it!

8. Seeing him still makes you go weak in the knees

Literally. You get the shakes. And you’re sort of afraid you might projectile vomit. Which would be embarrassing. Sound familiar? If your reaction is this visceral, we’re going to hazard a guess and say you’re still not over him.

9. You harbor the (not-so-)secret fantasy that the two of you still have a future together

And this misguided belief is keeping you from living life, or at least giving anyone new a chance. While no one can really know what the future holds, it’s best to remember that breakups happen for a reason. And often, that reason was a darn good one.

If you’re holding back on your future, it’s likely that you’re still stuck in the past.

Sleeping with an ex isn’t always a terrible idea, but it usually is. If you’ve recently broken up, you can’t be intimate and expect that you won’t remain emotionally involved. We know, we know. No one else has ever been able to do that to you. But still.