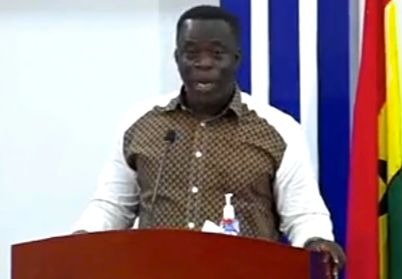 The Minister of Employment and Labour Relations, Ignatius Baffour Awuah has stated that a total of 11,657 jobs were lost following the outbreak of Coronavirus in the country.

According to Mr Awuah, results from a market survey of about 40,040 people, revealed that various institutions had reacted differently in an attempt to contain the economic impact of the pandemic on their businesses.

“The impact of Covid-19 resulted in 11,657 job losses representing 26.5% of workers that were interviewed. The incidence of job losses was highest among micro-sized enterprises, i.e 36% and lowest in large-scale establishments, 23%,” he said.

Some businesses opted to run shifts, others laid off casual workers or combined both measures and some still were forced to institute pay cuts in the salaries of their employees.

Speaking at a press briefing in Accra on Wednesday, he indicated that although there was no record of job losses in the public sector, many private sector employees had lost their jobs.

Mr Awuah explained that in some cases companies opted to reduce the salaries of its workers versus an outright redundancy.

The Minister stated that there was a 50% reduction in earnings in the entertainment and events industry by about 1,982 business.

However, he noted that the least affected were employees in the finance and shipping sub-sector.

However, he said about 2849 jobs, representing 24% of job losses, have been restored after the ease of Covid-19 restrictions.

DISCLAIMER: The Views, Comments, Opinions, Contributions and Statements made by Readers and Contributors on this platform do not necessarily represent the views or policy of Multimedia Group Limited.
Tags:
Coronavirus
Employment
job losses