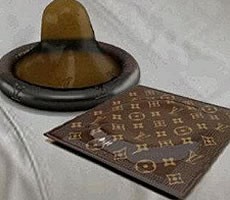 The Nigeria Football and other Sports Supporters Club (NFSSC) on Monday demanded for the provision of 62 million condoms for fans attending the 2014 FIFA World Cup in Brazil.

Rafiu Ladipo, President-General of NFSSC, who made the demand in Abuja, appealed to the United Nations Programme on HIV and AIDS (UNAIDS) to take the demand very seriously.

Ladipo’s appeal came on the heels of assurance by Bilali Camara, UNAIDS Country Director, that two million condoms would be provided for the entire duration of the 2014 World Cup.

He said instead of two million for the entire duration, UNAIDS should provide two million condoms each day for the 31-day tournament.

“Of all football loving fans all around the world, I alone will be taking over 10,000 fans to Brazil, not only from Nigeria.

“You know that Nigeria will be playing their first three matches and there is going to be a match between Nigeria and Argentina.

“By the time we play that match, we will regard it as the match that will also qualify us to play Brazil in Rio de Janeiro during the final.

`So, I want to urge you (UNAIDS) to provide more condoms,’’ he added.

According to him, it is important for UNAIDS to look into the request to prevent the spread of HIV and AIDS during the World Cup.

He said the availability of condoms would help protect football fans who might want to have sex in Brazil after their daily assignment.

Nigeria is drawn in Group F alongside Argentina, Iran and Bosnia-Herzegovina in the Mundial, which kicks off on June 12.