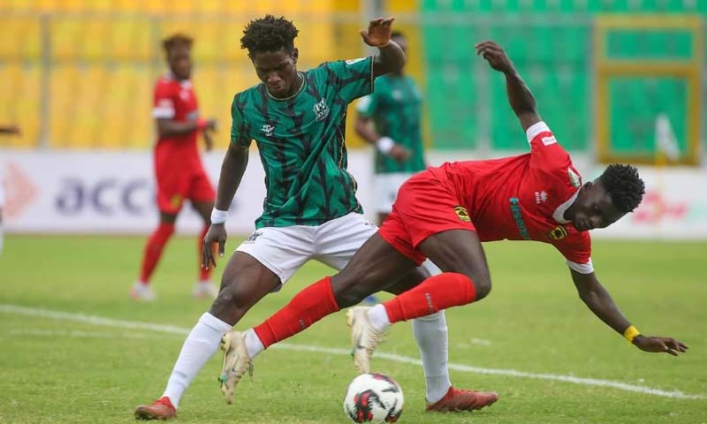 Eight betPawa Ghana Premier League round five games were played across the various match centres over the weekend.

Asante Kotoko bounced back from their midweek defeat to Bechem United to beat Samartex at home while Hearts of Oak edged Kotoko Royals for back-to-back wins under Slavko Matic.

Here’s wrap of the round five games played.

Daniel Afriyie scored his first goal of the season from the spot to secure all three points for Hearts of Oak at the Cape Coast Sports Stadium.

The goal ensured the Phobians win all the two games they have played under new boss Slavko Matic.

Lions picked their fourth successive win at the Accra Sports Stadium in the other game played on Saturday courtesy of an early goal from Daniel Awuni and an own goal from Richard Akrofi.

Ibrahim Tanko’s side are yet to draw a game after the opening day loss to Kotoku Royals and have only conceded once in those four wins.

Isaac Mintah scored the winner in the first-half at the Nana Agyeman Badu I Park as the Fire boys maintained their unbeaten run in the new season.

The Dormaa-based side still sit at the top of the league table with 13 points from five games, one point above Accra Lions.

After suffering a 2-0 defeat at Bechem in midweek, Asante Kotoko came from a goal down to beat Samartex at the Baba Yara Sports Stadium on Sunday afternoon.

Prince Antwi struck four minutes into the second-half to put the visitors ahead before Nicholas Mensah and Augustine Agyapong scored eight minutes apart to complete the comeback.

RTU made it back-to-back wins at the Golden City Park against the Bibires on Sunday after also edging them 1-0 last season in this fixture.

David Abagna and Ronald Frimpong scored to make it 2-0 for the visitors before Owusu Osei scored to end the game 2-1 in favour of RTU.

DISCLAIMER: The Views, Comments, Opinions, Contributions and Statements made by Readers and Contributors on this platform do not necessarily represent the views or policy of Multimedia Group Limited.
Tags:
Adamu Benin Abdul Karim
betPawa Premier League