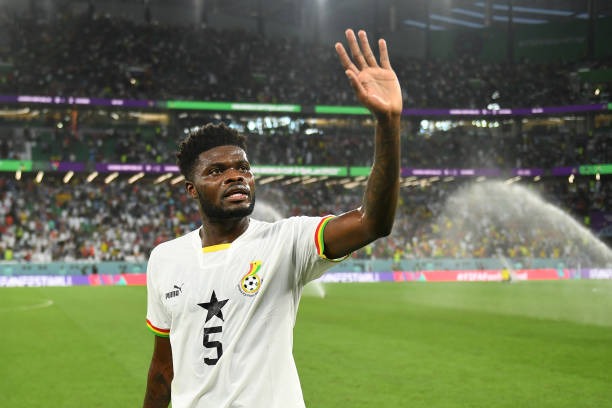 Ghana deputy captain, Thomas Partey, says the Black Stars will bounce back stronger from their early elimination from the 2022 World Cup at the group stage.

The Arsenal midfielder is among the most criticized players for not stepping up as one of the best-performing Ghanaian players abroad, but his form does not reflect when playing for the Black Stars.

The 29-year-old took to social media to appreciate the support of Ghanaians during the tournament three days after the Black Stars’ exit.

“It was our biggest wish to give Ghanaians something to cheer about, but unfortunately it didn’t go as we wanted,” he said.

“I want to say a huge thank you for the unconditional support from home and across the world. With the support of God, we will come back stronger.”

Ghana needed just a draw against Uruguay to progress to the last 16, but fell to a 2-0 defeat against the South Americans on Friday.

The Black Stars finished bottom of Group H with three points, the least among the five African teams to participate in the Mundial.

DISCLAIMER: The Views, Comments, Opinions, Contributions and Statements made by Readers and Contributors on this platform do not necessarily represent the views or policy of Multimedia Group Limited.
Tags:
2022 FIFA World Cup
Adamu Benin Abdul Karim
Black Stars
Thomas Partey