2022 World Cup: ‘Easiest thing we can do is blame Andre Ayew for Ghana’s exit’ – Kudus 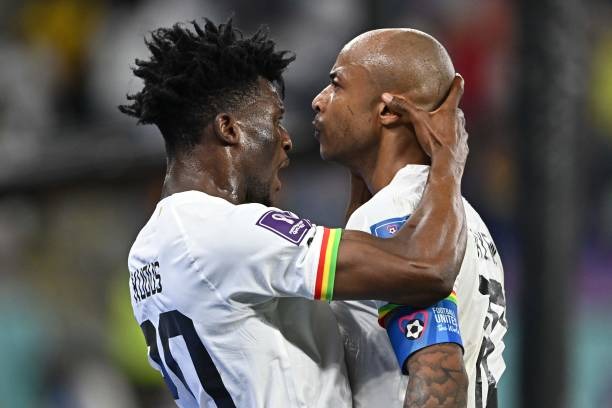 Ghana midfielder, Mohammed Kudus, believes it will be cheap to blame Andre Ayew for the Black Stars’ elimination from the 2022 World Cup.

The Ghana captain had an early penalty saved by Sergio Rochet before Uruguay scored twice in six minutes to beat the Black Stars 2-0 on Friday at Al Janoub Stadium.

The defeat means the 2010 quarter-finalists’ campaign was over while the win was not enough to see the La Celeste also make it to the knockout phase.

“The easiest thing we can do is to blame one person [for the elimination] or whichever,” Kudus said. “In the second half, I also got chances that I could have scored; some could be qualified as a penalty also, so we all had chances to have an effect in the game.

“I don’t really think the penalty has an effect on the whole performance. Andre is a great leader and a great captain.

“After the penalty miss, he was still in the game, and stood up for the whole team like everyone did, but the result went the other way, so we learned from it and stay positive.”

Otto Addo, whose reign as Ghana coach was ending after December, confirmed his exit at his post-match press conference.