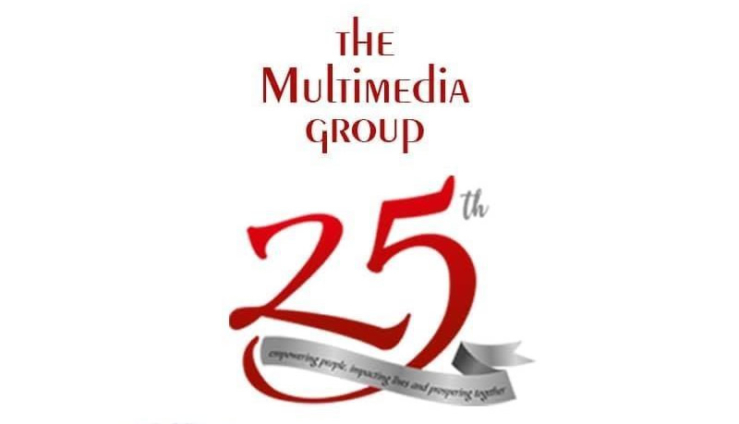 Prior to May 1995, we were ‘monopolitically’ hooked to only the then Radio GAR. One could not miss Charlie Sam’s Good Morning Accra as GBC journeyed on his locational transmission from various areas in the Capital and Charlie Sam of blessed memory set the agenda for the City.

Charlie Sam was tough and a great interviewer from matters of sanitation to matters of discipline in the Capital. I was home selling akpeteshie and other assorted drinks in my Senior Brother’s drinking bar, Shegelege Spot after I had just completed Motown awaiting results.

It was one of the two leading drinking spots in Kisseman. It became the leader in booze points noted for one thing – good and available music so it attracted the youth not for drinking but for music and academic discussions.

People from all walks of life from Legon campus and surrounding suburbs Anunmle, Christian Viillage, Ghana Airways flats came around the bue kiosk just come and either booze and or enjoy music.

My siblings loved good music of course led by our Abraham Zogbenu. One thing of interest was the fact that he invested heavily in sound systems and I was mainly the DJ.

He would buy Toshiba today and change it to Tobico tomorrow and the one purchase that coincided with the emergence of JOY FM was a proper Sony. Buoy! Solid machine it was! That sound system was an attraction to many boozers and non-boozing students.

I was then waiting for my SSSCE results to enter the university. At the time, all the universities were on a long break due to the UTAG strike that lasted 9 months so students already at the university and those of us waiting to enter had our convergence point in my brothers drinking bar.

Most young and old became my friends because we loved music but my brother didn’t have a problem with their presence as he believed we had one thing in common – Education in spite of our conspicuous levels.

He mostly engaged them in conversations even in my absence. Good music on JOY FM blurring from a car battery-powered sound system. There was no electricity in Kisseman at the time.

Just prior to that time, there was Radio Univers transmitting from Legon campus. Some ‘vacation’ students came to present some ‘useless’ jokes to which gathered and laughed anyway. Did we have a choice!

Then all of a sudden, a red light showed after the dial on 99.7 FM – an indication that there was a new radio station in town transmitting on STEREO not MONO mpo. ‘Mono’ didn’t have a red light prior to JOY FM’s emergence.

Uncle Tommy Annan Forson and his humorously smooth voice saying ‘H3l33’ in place of ‘Hello’ to callers was a delight to listen to. Suddenly all attention was on JOY FM – the new ‘virus’ in the air!

Tommy started the Morning Show in an apparent and that started taking attention off Good Morning Accra.

Ei! I see….some of the jingles are still fresh to listen to especially the cool soothing one that goes like: ‘We bring you jooyyyyyyyyy….on the raaaadio…….99.7 FM’ or something like that. Kofi Kum Bilson was in the seat hosting the Lunch Time Rhythms playing cool music. Tommy had a late-night programme called Midnight Express and that kept a lot of us awake. It was a must listen to as it competed with Fatimah Quaynor’s late Sunday night love-searchers’ programme ‘This is from me to you’ on Radio GAR’.

There was Mark Okraku Mantey – one of my favourites! Oh buoy! Akwapim Lionel Richie, my brother used to call him!

Dusty Wayne of blessed memory had a voice with some foreign accent, Kofi Tsakpornu same, Fred Chidi, Cox Tamakloe, etc were all there some.

Gabbiy Adjetey was the first Host of the Drive Time on JOY. He was such ‘no-nonsense’ guy. You can’t just phone in to a programme on air on phone and be talking about Hearts and Kotoko when the subject under discussion was say ‘What excites you about your Spouse?’; he would just cut you off right now in a subtle manner to signify how unattentive some callers were! Commendable Standards!

Komla Dumor was often with Tommy Annan Forson while he commuted from Legon Hall to JOY FM studios at Kokomlemle almost every morning. Mawuko Zormelo was the King of News File on Saturdays.

For some not-so-surprising reasons, a little over a year after I had entered the University, many people thought I was Mawuko Zormelo. Just look at my full name again and you would understand where the confusion came from!

Komla Dumor took over the hot seat and made it hotter after Uncle Tommy had left to start Choice FM and KD was indeed the ‘Boss Player’ setting an arm-pit-exposure standards difficult for anyone to catch up with! There was this occasion Komla was off air for about a month and guess who sat in for him –KSM! Ala! Bra Panyin struggled…small!

At the end of the first month, he’d confessed that God has a reason why every single individual’s thumbprint is different right from creation to date. Whaaat! He handed over peacefully to KD when the latter returned from his one-month or so break.

In 2006, it was announced that Komla Dumor was leaving for the BBC and was to hand over to Kojo Oppong Nkrumah, a young Cape Vars graduate with the brains of a 60-year old correct man! Could he fit in? Oh yes, his thumbprints were indeed unique. For me, his exit from the JOY Super Morning Show had taken a significant flavour off the Show but JOY is still JOY.

Kojo was largely produced by one of the finest and most hardworking Producers, Sedem Ofori (Ras Obibini). Kojo was exceptionally balanced and ‘walked in the middle of the road’ throughout his career as a Broadcast Journalist until…!

The JOY SMS also had the likes of Adwoa Aidoo, Nii Armah Dagadu, Benard Nasara Saibu who often sat in for KON anytime he was away on a brief break and eventually acted till Mr Kojo Yankson, Ing. Daniel Dadzie, Sister Animwa etc!

The Queen of the Airwave, yes, she still is 25 years on. The humble ‘take-it-easy’ Queen Doreen Andoh knows how to study the general temperament and mood of the Capital City and played the appropriate music with the voice to match.

Bola Ray started off as a reggae presenter on Radio Univers circa 1997. He then moved on to Top Radio at some point and finally found himself at Africa’s BBC – JOY FM and took over the Drive-Time and need I say he excelled? Oh yes, he was big!

Then this Katanga Bolero, Lexis Bill (Kwame Sakyiamah) stepped in his shoes! Could he? And you and I are witnesses to the fact that he is SUPER! and indeed he fit in perfectly. Lexis Bill, you dey form formfully! Big op, Man!

DJ Black where is that boy who did your jingle for you several years ago: ‘Mr Black, I will call your name 10 times?’ I want to see his beard now and how different it would be from yours! Hahahahaa! Friday nights and Saturday nights were owned by Mr Black – the man who could MC and DJ at the same time and earned the respect for himself. He is still black…in complexion. Mr Black…how many times should I call your name? Hahahahahahaha!

The Sports Centre had the likes of Shakespeare Kojo Frimpong, the Grammarian! Did I hear he wants to be an MP? I wish him well! My first encounter with him was in 1994 when he came to Lower 6 in Motown for some polishing after his O-Levels at St John’s in Sekondi. This ‘boy’ liked arguing. Allah! With brofo? I suwear! We had Eloyne Amande who was called to the bar as a lawyer and disappeared since then.  I heard Eva Okyere is also a Lawyer or?

Ridwan Ibrahim Asante, one of my most reliable friends at Multimedia, Nathaniel Attoh (Africa’s Boxing Michael Buffer), Rashida Kadiri aka Baaba Tandoh (where is my good friend?  I haven’t heard her voice for some time now.) Never seen a female Sports presenter as hardworking as Rashida!

The next time I meet him, I am sure he would describe me as ‘Toono’…unconditionally! Hahahahaha! Senior Akora, you sef you be white man or blackman in white colours? I just like your asphalt hair – it simply means you are rich. Have you seen anybody with motorway (the new Tema Roundabout one type) as a poor man before apart from my Uncle Adawuso who died a grade one pauper?

It is interesting to note that I have friends abroad some of whom I haven’t seen before and anytime they hear of anything that is happening in Ghana, they cross check with me and when I give them my feedback, their quickest response is ‘but I haven’t seen it on myjoyonline yet, so how can it be true’? I find this a very strong endorsement of international credibility and source of reliable information! Kudos to Team myjoyonline.com.

JOY FM’s affliates, Luv FM had the likes of DJ Apuzo, Okyeame Quophi, the Royal Baby Kofi Kum Bilson, Christopher Opoku (Columbus) of blessed memory, Joe Enuson on ‘Easy Like Sunday Morning’ programme. Joe Enuson had what it took to excel and buoy! Joe Enuson was so so good on radio, Man!

One programme that should be brought back is JOY FM’s NIGHT WITH THE STARS! It was bigger and better organized than the one that generates pistols and blows on stage, in my opinion. I really miss this event!

Ayeshetu (not real name), congratulations o, you just got married last year. I think I gave you some good ‘internship’ training some 12 years ago that should make your marriage click today o! Hahaaaaa! Hope you remember the 2008 edition of the Night with the Stars we attended together?

Take it or leave it – JOY is JOY in spite of the competition especially in the pure English Department!

For any factual errors in this piece, I stand to be corrected please!

Happy 25th Anniversary to JOY FM and its affiliates!

The Writer, Mawuli Zogbenu, is an Insurance Practitioner, Communicator and the Weekly Author of the INSURANCE BAKERY Column in the Graphic Business Newspaper. He is also the weekly Author of the humorous page ‘USELESS COLUMN’ published in the Business & Financial Times newspaper and on myjoyonline.com.