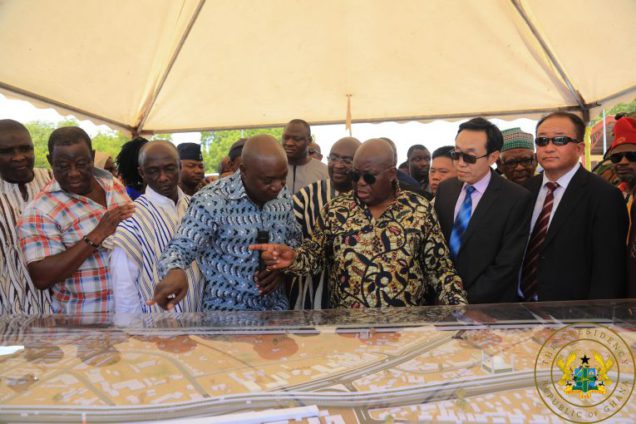 Government has justified the non-completion of some infrastructure projects under the Sinohydro deal with China.

The $2 billion deal included the Adenta-Dodowa road was one of ten lots approved under the Chinese-sponsored arrangement and scheduled to begin in 2019.

A report by JoyNews’ Evans Mensah revealed that two years on, the road remains undone, in a complete state of disrepair, with traffic congestion worsening by the day.

Per JoyNews checks, the Adenta situation is similar to many other projects earmarked for execution under the deal.

But the Director of Special Projects at the Office of the Vice President says there is no cause for worry.

Speaking on the Joy FM Super Morning Show, Dr Muntaka Alolo reiterated that the projects have been scheduled to be completed in phases.

“The rest will start by end of this year or early next year. Even the ones that have all started didn’t all start at the same time,” he said.

Some of the projects, according to Dr Alolo, have been completed and are being used. Others are at various stages of completion.

“Even the 10 lots that we took to Parliament, they are being done in phases,” he added on Monday.

He also indicated that the projects that have already commenced, including the Tamale Interchange, are far advanced.

In November 2018, the government announced that the first tranche of $649 million from the $2 billion facility has been made available for Ghana to access.

However, three years later, only about $100 million of this amount has been released to Ghana.