3 dead, one seriously injured in fatal road crash at Savelugu 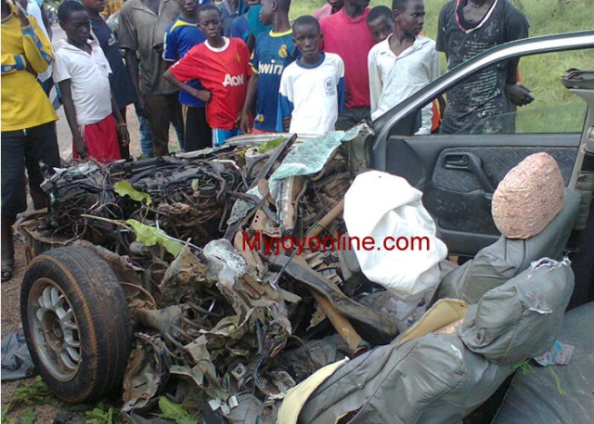 Three persons are feared dead and one other person is in critical condition after a head on collision between a metro-mass bus and a Nissan saloon car at Savelugu on the Tamale-Bolgatanga highway.

Joy News' Northern regional Correspondent, Hashmin Mohammed, says a passenger on the Metro Mass bus told him, while attempting to overtake a motorbike, the bus veered into the lane of the Nissan saloon car which was coming in the opposite direction.

Edna Dontege, the passenger, told Hashmin that both drivers had little to do to avert the disaster as a result of the speed at which they were travelling.

Hashmin Mohammed said the three deceased persons and the injured person have been sent to a hospital nearby.