3 suspected kidnappers arrested in Northern Region, another fished out in identification parade 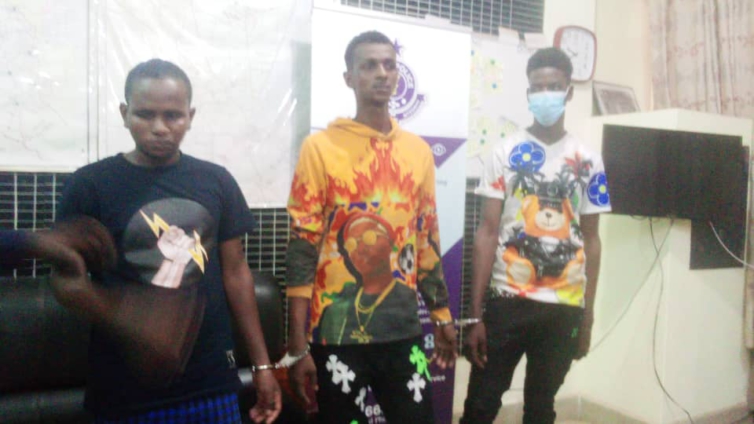 Four men have been arrested in a hotel in Tamale on suspicion of kidnapping. Three of them were arrested in a police raid, while the fourth, Umar Sanda was picked out by the victim in an identification parade.

According to the Northern Regional Crime Officer Supt, Bernard Baba Ananga while the victim was in the custody of his abductors he saw the face of one of the kidnappers, which made the identification of the suspect easy.

He revealed that last year, the victim was kidnapped by six armed men from his house in Chinayili in the East Gonja District of the Savannah Region and his abductors demanded an amount of GHS100,000 in exchange for his freedom.

The officer said the victim’s family were only about to raise GHS80,000 of the ransom before he was released.

Supt Ananga said the police have for the past year being investigating this and other kidnapping cases leading to the recent arrest.

He said the suspects who are herdsmen target other rich herdsman who have large herds of cattle and cattle dealers.

Superintendent Ananga said the police is worried about the surge in kidnapping in the northern part of the country and urged the citizenry to be guided in their handling of cash and people who come around them.

He assured the people the police is on course to deal with miscreants in the region.