4 dead, several others injured in road accident on Bole-Bamboi highway 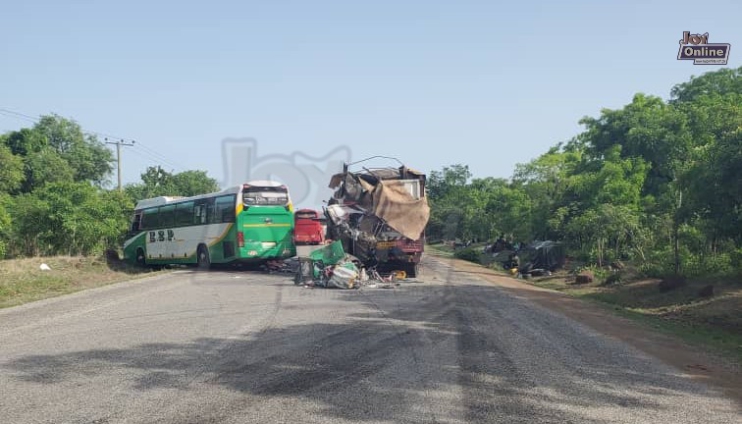 Four persons have died in a road accident on the Bole-Bamboi Highway in the Savannah Region.

The incident is said to have happened in the wee hours of Sunday at near Kwame-Kwasi township.

According to Adom News’ Rebecca Natogmah, the accident occurred when a speeding bus with registration number AP 7778-21 reportedly run into a stationary truck.

Many of them were rushed to the Bamboi Poly Clinic for treatment.

Meanwhile, the deceased have been sent to the Wenchi Hospital for autopsy.