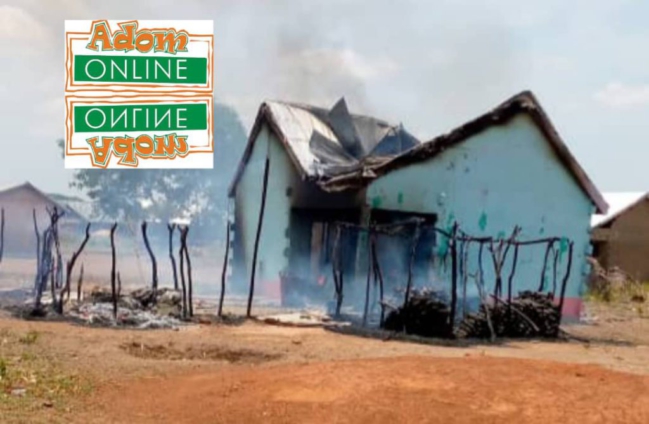 A 65-year-old woman, Amina Mahama, has escaped lynching after some angry youth of Nakpali in the Zabzugu district of the Northern Region accused her of witchcraft.

Properties, including Mma Amina’s house, about 10,000 tubers of yam have reportedly been set ablaze after she managed to run for her life.

The unfortunate incident happened around 10:00 am on Wednesday.

Mr Abdul-Rahim Tahidu, a son of the accused confirmed the incident in an interview with Adom News‘ Illiasu Abdul Rauf Dabre, stating that the matter has been reported to the police.

Mr Tahidu said his mother had a misunderstanding with two young men in the community but after a few days, the branch of baobab tree fell on one, leading to his death.

According to him, after the incident, the family of the deceased, accused his mother of being responsible for the death.

A situation which caused them to mobilise some community members to attack Amina Mahama at her house at Nakpali but he tipped her off to escape.

However, upon meeting her absence, they set her house ablaze with no arrest made so far.

Mr Rahim who has expressed worry over how the police are handling the case has made a clarion call to Ghanaians to help get justice for the mother.

DISCLAIMER: The Views, Comments, Opinions, Contributions and Statements made by Readers and Contributors on this platform do not necessarily represent the views or policy of Multimedia Group Limited.
Tags:
Witchcraft