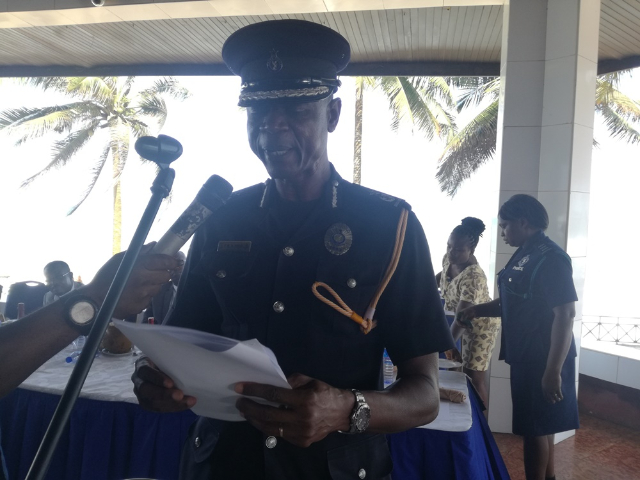 Police in the Central Region have arrested eight people for vandalising properties and injuring a policeman in the process at the Ekumfi Police Station in Mankessim.

Addressing the press, the Regional Police Commander, DCOP Paul Awini said, “based on intelligence gathered we managed to search the houses of a list of suspects and we arrested eight suspects”.

According to police sources, the violence was sparked after the arrest of a taxi driver who failed to stop on the Winneba-Mankessim Highway when police flagged him down.

The arrest, however, angered the youth who armed themselves and attacked the police station in the area, beating up some police officers on duty.

DCOP Paul Awini said, “a group of about 50 men armed with cutlasses, knives, sticks and stones stormed the Mankessim police station and subjected personnel on duty to attack”.

He added that some officers were dispatched to the scene to bring sanity to the station after they were alerted.

According to him, the police officer who got hurt in the melee has been discharged from the hospital and he is recovering.

The DCOP appealed to the public that “anyone who has any information on any of the suspect should come forward so the police can bring the culprits to book.”