A framing and communication analysis of SONA 2019 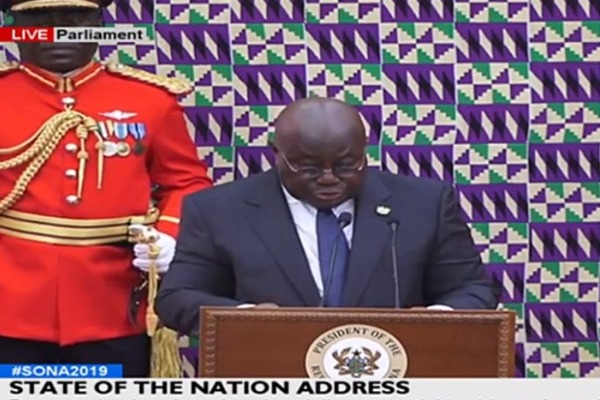 Every State of the Nation address provides a new opportunity for the president and the nation as a whole to reboot, re-assess situations and re-engineer the national wheel. It's a chance to evaluate who we are, where we stand and how best to move forward. Did the president do this? Did he paint an accurate picture of the state of the nation? Did he provide satisfactory measures to address the problems facing the nation? Did he give hope? Did he inspire? These are just but a few questions to consider in evaluating the President’s speech.

The central goal of this research was to analyse the President’s state of the nation address. To be specific the study set out to examine and ascertain the following:

– The functions of a state of the nation address (inspiration, broad theme, national unity, definition of nation’s problems, language, delivery and non-verbal cues, conclusion of speech)

– The various functions of political communication embedded in the speech (acclaim, attack and defend),

The state of the nation address deserves critical public analysis or scrutiny because it is one of the president’s most important formal addresses which serves as the general blueprint for the nation for the year. CNN’s Collinson (2019) defines it as constituting “typically long lists of proposals for government action and statements of foreign policy goals meant to be heard by America's foes and friends around the world.”  It’s an important national and international event for the nation with opportunities to represent the country’s image globally. The data for this research was the 2019 state of the nation address. A mixed method approach made up of both qualitative and quantitative methods was adopted as the methodological framework.

Did the speech present an accurate picture of the state of the nation and concisely capture the problems facing the nation?

The president tried to address the mood of the nation. What’s the mood right now? People are feeling insecure, there are concerns about the kidnappings, “contract” killings and many folks want a sense of assurance about their safety. There is also anxiety about the depreciation of the cedi, economic hardships and the proverbial desire to see economic indicators translating into “money in our pockets”. While the president connected on the issue of violence in politics, people wanted to see a more personal commitment and more aggressive executive action on the situation. The president spoke on the economy but it was very much limited to macroeconomic indicators. Here again, he could have gone further to accentuate or link this to the core conditions, feelings and economic sufferings of Ghanaians. Yes macroeconomic conditions are important but the president needs to connect on a personal level to show “he feels the pain” and understands the situation on the ground.

Concisely defining the problems of the country is very much related to the mood. . Problems can easily influence people’s moods or feelings. The president touched on the Menzgold crisis, the banking crisis, sanitation, floods, drainage and the security situation. Very little was said about the problems bedevilling the double track system and the current spate of kidnappings.

The president was bold, confident and extremely at ease. This is a president who has shown over and over again that he is gifted in the field of oratory. He was pleasant (smiling every now and again), comfortable and seemed to be enjoying the occasion as well as the presidency. The president was forceful in his presentation (Example: “If voluntary disbandment by the parties is not feasible, then I will initiate legislation on the matter”). He was bullish with this assertion. It will send a strong warning to the two major parties that he is determined to deal decisively with the issue of violence in politics. He used the local language at some points to drive home his message at a particular point (sanitation). This was a smooth presentation. The speech was quite well-written. Notice the seamless but very well woven and connected transitions from one strategic topic to the next. Masterstroke.

A good state of the nation address must unify the country. It must not be partisan.

The President goofed a bit here. His references to the NPP regarding oil exploration and oil block deals sounded too partisan and more attuned to a campaign platform than a state of the nation address. However he seemed to make amends for this with an appeal for the country to come together towards the end of the speech: “Our forebears paid too high a price, with their blood and toil to bequeath to us this beautiful nation; the lives of our citizens are so precious to waste. So, let us come together shoulder to shoulder, hand in hand and let us be guided by the inspirational words of (the second stanza of our National Anthem).”

The address should help to forge a sense of national identity by invoking national values, heroes, history and heritage.

The president made several statements that were nationalistic in nature. He paid tribute to fallen national heroes. The president was at his nationalistic best when he spoke about 2019 being the “Year of return”. He strongly evoked patriotic and nationalistic sentiments and called on Ghanaians to be represent their country well. Here is an example: “I would urge each one of us to make a special effort to make a visit to our country a memorable one. Our music, our foods, our clothes and the quintessential akwaaba smile would make a visitor to our country come back again and again”. However, a bit more that could have been done to help entrench a national sense of identity, civics and values. This is something most State of the Nation addresses in Ghana often fall short of. National identity and civic culture is still a huge problem in our nation.

The address should inspire.

The president had a few moments of inspiration. Here is the data or some quotes to support this: “However, I am bent on running a responsible administration, mindful of the next generation, and not, merely, the next election.” He also used an appeal to nationalism to inspire the nation when he emphasised tourism as a major aspect of national development and image building for the country: “Under the see Ghana, Eat Ghana, and feel Ghana Campaign, the Ghana Tourism Authority recorded a 20% growth since its launch to over 600,000 visitations to various tourist sites”. The speech fell short of getting to the levels of rousing or rallying the nation to a cause. There was no era defining program or moments that could overwhelmingly re-define the course of the nation. Did the president succeed in stirring, reviving and lifting up the mood of the nation? Not so much.

Speeches and other political messages are often analysed using the functions of political communication. Political speeches are normally known to contain acclaims, attacks and defence statements. The President’s state of the nation address was analysed to ascertain the presence of these functions. Here are the results: acclaims (11), attacks (2) and defense (1). This is not surprising because such addresses normally tout the achievements of government (acclaims).

– First time in a long while we have more than the needed amount of food as a country, thanks to planting for food and jobs

– First time outside an election year, MASLOC has been given GH 35 M for operation. More than the NPP manifesto promise, 87% instead of 50% has been given to women in 2018

– I am happy to announce that gas production tripled during the year, from 100 to 300 million cubic feet per –day

– In Eight years of NDC’s administration, 13 oil block deals were signed and not a single was developed. NPP must be good for Ghana. The first one signed in 2017, under my government, which was Aker, has led to the second biggest oil discovery in Africa.

– One- District -One factory policy has taken off, and 79 factories under the scheme are at various stages of completion

– Thanks to the program for Planting for Food and Jobs, admirably organized by the outstanding Minister for Agriculture Dr. Owusu Afriyie  Akoto ,this house stands informed ,that, in 2018, export of food crops such as cassava, rice yellow and white maize soya, plantain, cowpea and yam were made from Ghana to Burkina Faso, Togo and Cote d’Ivoire in considerable quantities.

– “I could have sat it out,as some did for Akwatia, Atiwa, Chereponi, Talensi and Amenfi West, but I decided that it  would not be in the interest of the Ghanaian Democracy”

– “In Eight years of NDC’s administration, 13 oil block deals were signed and not a single was developed. NPP must be good for Ghana”

– “So Mr. Speaker, I was not looking to be accorded any special title or accolades, and I was certainly not looking for praise. I did want to do whatever I could to make sure that this running sore, that was such a blight on Dagbon and Ghana, and which dragged down the development process in our country, could be resolved and we could move on”