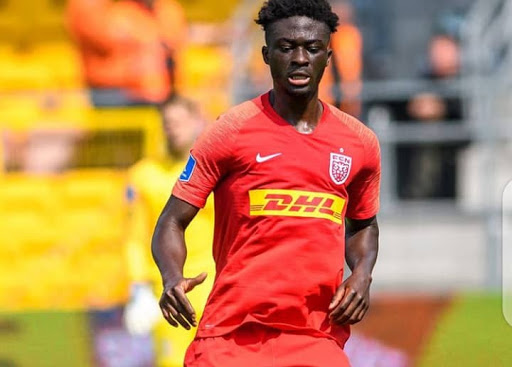 Ghanaian youngster Abdul Mumin is on the verge of securing a deal to Portuguese side Vitória Guimarães as a free agent.

According to reports, the former Nordsjaelland defender is in Portugal having his medicals ahead of completing a deal in the coming days.

Mumin is joining the side after a successful season in Denmark where he made 26 league appearances and scored a goal.

He is tipped to become one of the best African defenders in the world following his progress over the years.

Reports in Portugal suggest Vitória Guimarães officials are happy and can’t wait to have Mumin complete the deal.

The 21-year old joined FC Nordsjaelland from Right to Dream Academy on July 1, 2016 and went through the under-19 side before gaining promotion to the senior team in June 2018 after a successful loan stint at HB Koge