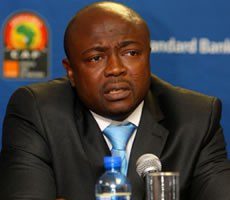 Football legend Abedi Ayew Pele has confirmed his club FC Nania will play in the CAF Confederations Cup this year after winning the MTN FA Cup which gives them entry ahead of the premier league’s runner up.

The decision by Nania is considered a brave one considering that Ghanaian clubs have always pulled out of the second tier CAF Club competition due to financial constraints.

Speaking to JOY Sports Nathaniel Attoh, Abedi Pele said, “It is more important for us to prepare ourselves mentally, physically and tactically on the ground. When that is over, we will now think about the financial assistance.”

Nania FC, a club owned, administered and coached by the three-time African footballer of the year and ex-Black Stars captain beat Asante Kotoko in last month’s final to win the FA Cup.

Pele was named Coach of the tournament during Sunday night’s MTN FA Cup Awards ceremony at the Moevenpick Hotel in Accra.