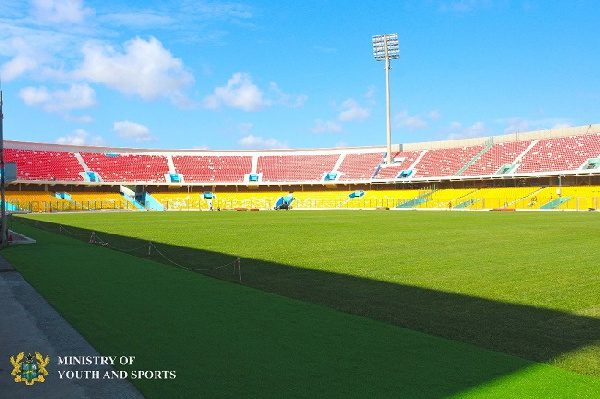 The Dr. Kwame Baah Nuako led board after rejecting the two stadia earlier, were met with fierce confrontation by the NSA, who were left unsatisfied with the decision.

The boss of the NSA, Peter Twumasi explained in an interview with Asempa FM that regulatory bodies like CAF, pre-inform and liaise with the authority in carrying out inspections, hinting that the NSA were not made aware of any inspection by the club licensing board.

“I have not seen any assessment, even the person who came to the stadium to do the assessment I have not seen him. In the national accreditation, if you’re coming to do assessment, an assessment conference is scheduled where you make known your purpose. Even if you are a legitimate body that is what you have to do. CAF brings a letter and informs us on what they are coming to do and then we give them officers to take them round. So when they are done, they sit down with the management and speak about what they noticed during the inspection,” Twumasi said.

In response, Baah Nuako objected to the claim of the NSA boss, and further explained that his board have no agreement with the NSA.

“The point is that, the National Sports Authority has not applied for a license before the Club Licensing Board. It is Accra Hearts of Oak and those who use the venue who have applied for a license from the club licensing board. When they come, one of the things they have to prove is that they have the permission of the owner of the venue. So in this case, we don’t even want to know who owns the venue.

“The inspection is between the club licensing board and the license applicant. Not the venue owner,” Baah Nuako explained in an interview.

However after a re-inspection, the board have accepted the two stadia on a conditional basis.

These three clubs have been given a period till November 15 – the set date for final inspection – to fix the remaining defects at their facilities.

The 2021/22 Ghana Premier League season will resume on October 29, and as a result clubs who have had their match venues rejected, have been instructed by the club licensing board to use their alternative venues till final inspection has been carried out.

Meaning, Legon Cities and Dreams FC will play their home league games at the Accra Sports Stadium, while Medeama will make do with the Cape Coast Sports Stadium.

Per the released schedule for the new season, Hearts of Oak, who have the Accra Sports Stadium as their home grounds, and Dreams FC will play their first games of the season versus Legon Cities and Kotoko respectively, at home.

Ashanti Gold’s Len Clay stadium is the only facility to have received a full approval from the board so far.