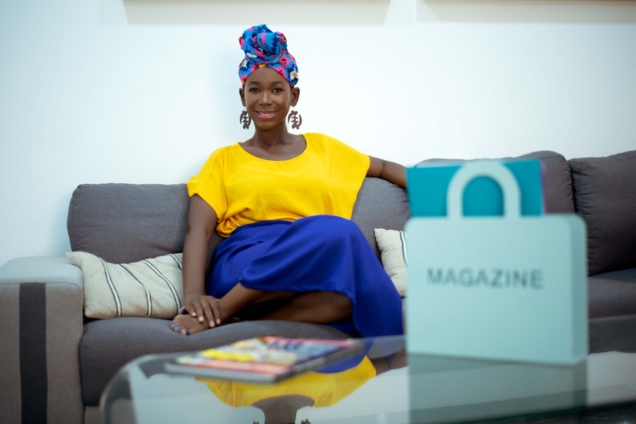 Ama’s film credits include the critically acclaimed Sinking Sands, Ties That Bind, The Cursed Ones and the Netflix original movie, Beasts of No Nation.

She starred in Azali, which was selected in 2019 as the Ghanaian entry for Best International Feature Film at the 92nd Academy Awards, Ghana’s first-ever film submitted for consideration at the Oscars.

Ama is also a producer of The Burial of Kojo, Ghana’s first-ever Golden Globes entry.

“I have fallen in love with Appolonia City,” Ama said. “I have visited many housing developments and bought land in Accra, but what I’ve seen at Appolonia City is unparalleled: a whole new self-sustaining, master-planned city.”

Ama continued: “When we think of home, we think of comfort, security, serenity and the neighbourhood. All that is taken care of by Appolonia City.

Our homes are important, hence this is the best time to invest in land or a home in Appolonia City.”

Appolonia City continues to attract new developments and is fast becoming the destination of choice for companies and individuals moving away from Accra’s heavy traffic to a healthy, congestion-free environment.

DISCLAIMER: The Views, Comments, Opinions, Contributions and Statements made by Readers and Contributors on this platform do not necessarily represent the views or policy of Multimedia Group Limited.
Tags:
Ama K. Abebrese
Appolonia City