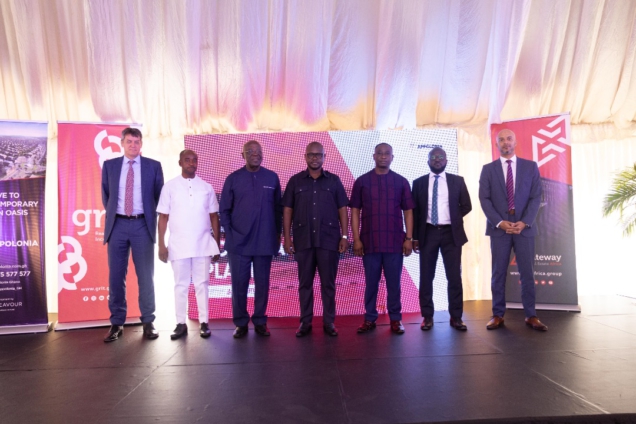 The Minister for Works and Housing, Francis Asenso-Boakye says the construction and property industry has witnessed a steady growth in the country in recent times due to involvement of private sector.

According to him, even though there has been improvement in the sector, there is still a gap that needs to be addressed.

He added that, for this gap to be closed there would have to be a government policy adopting Public – Private Partnerships (PPP) as a means of leveraging the private sector resources, experiences and expertise to achieve the country’s desired objectives.

Mr. Aseso-Boakye spoke to Joy Business at the launch of Adumuah Place at Appolonia City in the Kpone-Katamanso municipality.

“It is gratifying to note that the construction and property industry has witnessed a steady growth in recent times and has been largely due to the involvement of the private sector, government is not oblivious of the importance of investing in the industry. Therefore efforts are in place to improve the sector,” the minister noted.

Chief Executive Officer of Appolonia City, Bright Owusu-Amofah emphasized how the facility will aid business activities in the enclave.

On his part, the Chief  Executive Officer for Endeavour, Stephen  Jennings noted that his outfit is ready to invest in the country and will want government to create an enabling environment for business opportunities.

Expanding the road at those areas, he added will improve investment and growth.

“This region is one of the fastest developing areas in Accra but people spend 2-4 hours commuting to work.  Expanding the road will catalyse further investment in the area and accelerate growth,” he said.

Adumuah Place is the first commercial building in Appolonia City, located off the Adenta-Dodowa Road and strategically positioned at the entrance to Appolonia City, Greater Accra’s new city.

Adumuah Place at Appolonia City is the latest in a strategic partnership between GREA and Appolonia City’s developer, Rendeavour, which spans commercial, warehousing and logistics developments at Rendeavour’s new cities in East and West Africa.